New research from the University of Warwick highlights why it’s vital for police to disguise distinctive features in line-ups.

The research was conducted by a team from the University’s Department of Psychology and built on existing eyewitness-identification studies which have focused on the idea that unfair line-ups (i.e., ones in which the police suspect stands out) make witnesses more willing to identify the police suspect. Their paper Unfair Lineups Make Witnesses More Likely to Confuse Innocent and Guilty Suspects has just been published in a leading psychology journal Psychological Science. 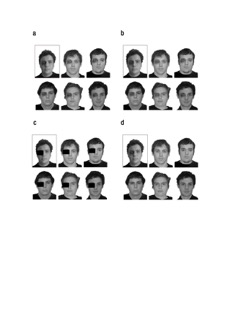 The team at the University of Warwick examined whether unfair line-ups also influence peoples’ ability to distinguish between innocent and guilty suspects and their ability to judge the accuracy of their identification.

The academics found that not hiding or disguising distinguishing features adequately can result in witnesses identifying the suspect. Lead author Melissa Colloff said: “Worse still it could impair their ability to distinguish between guilty and innocent suspects and distort their ability to judge the trustworthiness of their identification decision.”

The researchers examined the three methods currently used by English police forces which involve manipulating digital images to negate the effect of distinguishing marks such as black eyes, spectacles, beards etc. In a single experiment which involved just under 9,000 volunteers they compared three fair line-up techniques used by the police with unfair line-ups in which they did nothing to prevent distinctive suspects from standing out.

Police line-ups now usually involve the witness being presented with digital photos rather than viewing suspects from behind a two-way mirror – as often depicted on TV or in films. Using digital images gives the police the ability to disguise distinguishing features. The three techniques used are: pixelating or hiding the same part of a face on all line-up photos, or manipulating images of the non-suspects so they correspond to the suspect e.g. adding a beard.

Compared with the fair line-ups, doing nothing not only increased subjects’ willingness to identify the suspect but also markedly impaired subjects’ ability to distinguish between innocent and guilty suspects.

These results advance the existing theory on witnesses’ identification performance and have important practical implications for how police should construct line-ups when suspects have distinctive features.

Ms Colloff added: “What’s worse, we found that when the suspect was the only person with the distinctive feature, this actually made people more likely to confuse who was guilty and who was innocent.

“That’s because they weren’t really using their memory of the culprit’s face, they were just picking the only plausible option – the only one with the scar that they remembered from the crime video – and this made it difficult for people to tell the difference between the real culprit and an innocent suspect who had a similar feature.”

A previous study conducted in the US is used as an example of an unfair line-up. A suspect wore ‘Buddy Holly’ type glasses and the other line-up members wore different style frames. As the thick black rimmed frames stood out, the line-up was considered unfair.

Concluding the academics found that all three techniques currently used by the police were equally effective. Associate Professor Dr Kimberley Wade, said: “This research has crucial implications for the police—it suggests there are multiple ways in which police officers can fairly accommodate distinctive suspects in line-ups.”