185 scientists won part of the European Research Council’s (ERC) €450 million for Europe’s long-term frontier research, one of which was Professor David Scanlan, from the School of Life Sciences at the University of Warwick. 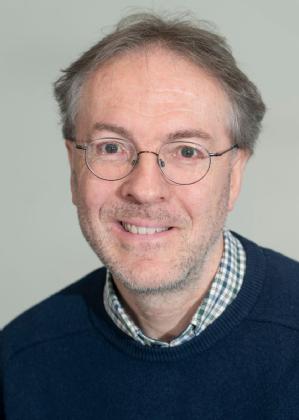 Professor Scanlan has been awarded €2.5 million, which will be used to investigate virus inhibition of Oceanic CO2 fixation, in a project called ‘VirFix’.

The tiniest life forms on Earth have a big impact on the way carbon dioxide is cycled between the atmosphere and the ocean. These life forms are viruses of some of the most abundant organisms on our planet: marine cyanobacteria of the genera Synechococcus and Prochlorococcus.

Cyanobacteria have had an incredible impact on the Earth, by seeding the atmosphere with oxygen about 3 billion years ago, allowing for the existence of life as we know it. Today, this same process that acts to produce oxygen sucks up CO2 from the atmosphere. Hence, these organisms are a key component of the ocean ‘engine’ that drives the major biogeochemical cycles of our planet.

CO2 is a key greenhouse gas directly implicated in global warming. Given CO2 is converted into organic compounds during photosynthesis, factors that directly affect this process play a key role in modulating atmospheric CO2 levels.

Research shows that viruses have stolen genes from cyanobacteria that participate in photosynthesis, and critically that viruses are capable of shutting down CO2 fixation during the infection process. In fact, viruses infecting these organisms (cyanophages) divert the flow of an estimated 20% of globally fixed CO2. However, the underlying mechanism of viral inhibition of CO2 fixation is unknown. Deciphering this is important because it might lead to new ways to harness the energy of the light reactions of photosynthesis.

Similarly, there are poor estimates of the number of virus-infected cells in ocean ecosystems. It is only by resolving this that scientists can model the impact of viruses on global CO2 fixation (primary production) which has crucial implications for marine carbon cycling and hence the planet’s climate.

Professor David Scanlan, from the University of Warwick’s School of Life Sciences comments:

“It will also contribute a new biological theory into how CO2 fixation is controlled at the global scale. Thus, determining how viruses modulate primary production in organisms that are the most abundant phototrophs on the planet and whose abundance is expected to increase by 15-30% at the end of the 21st century due to global warming.

“The research has crucial implications for our understanding of marine carbon cycling and ultimately the planet’s climate and will provide novel genetic approaches for manipulating photosynthesis allowing for their potential exploitation in energy generation.”

The President of the European Research Council (ERC), Professor Mauro Ferrari, commented:
“I am glad to announce a new round of ERC grants that will back cutting-edge, exploratory research, set to help Europe and the world to be better equipped for what the future may hold. That’s the role of blue sky research. These senior research stars will cut new ground in a broad range of fields, including the area of health. I wish them all the best in this endeavour and, at this time of crisis, let me pay tribute to the heroic and invaluable work of the scientific community as a whole.”

The European Research Council, set up by the European Union in 2007, is the premiere European funding organisation for excellent frontier research. Every year, it selects and funds the very best, creative researchers of any nationality and age, to run projects based in Europe. The ERC offers four core grant schemes: Starting, Consolidator, Advanced and Synergy Grants. With its additional Proof of Concept grant scheme, the ERC helps grantees to bridge the gap between their pioneering research and early phases of its commercialisation.

The ERC is led by an independent governing body, the Scientific Council. The ERC President is Professor Mauro Ferrari. The overall ERC budget from 2014 to 2020 is more than €13 billion, as part of the Horizon 2020 programme, for which the European Commissioner for Innovation, Research, Culture, Education and Youth, Mariya Gabriel is responsible.