Professor David Firth has been confirmed as the next Royal Statistical Society (RSS) President after Professor Sylvia Richardson’s term of office comes to a close at the end of 2022. 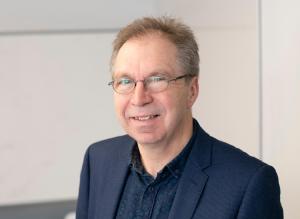 In 2012, Professor Firth was awarded the Guy Medal in Silver by the RSS, for outstanding published research. David’s influential work on exit-polling and election-night forecasting at UK general elections was cited, as well as his extensive contributions to statistical theory, methodology and computing.

David was chosen from a list of nominees put forward by RSS fellows to the Society's President Nominating Committee. Former RSS presidents include Harold Wilson, Stella Cunliffe and William Beveridge.

Professor David Firth, commenting on the announcement, said: “I feel deeply honoured to have been chosen by the Royal Statistical Society to be its next President, and my aim will be to build upon the excellent work already done by Sylvia Richardson and her predecessors. Principled data-analytic methods have never been so important. The Society plays a global leadership role in promoting best practice and innovation, and I look forward to working with RSS members and staff to sustain and develop this leadership in the next few years.”

Professor Sylvia Richardson, President of the Royal Statistical Society, commented: “David Firth is a superb choice for the next President of the Royal Statistical Society. His contributions to social statistics have been outstanding and he has played an active role in the RSS over the years. I know that his leadership will drive forward the Society’s aim of putting data at the heart of understanding and decision-making.”

· The Royal Statistical Society (RSS), founded in 1834, is one of the world’s most distinguished and renowned statistical societies. It is a learned society for statistics, a professional body for statisticians and a charity which promotes statistics, data and evidence for the public good. Today the RSS has around 10,000 members around the world. www.rss.org.uk @RoyalStatSoc

· More information on Prof. David Firth’s work, which includes topics ranging from animal behaviour to football leagues, can be found via his homepage: warwick.ac.uk/dfirth.

· The full list of former RSS presidents can be found here: https://rss.org.uk/about/people/past-presidents/