· Aggregates of Tau protein in the brain are a hallmark of neurodegeneration, particularly in Alzheimer’s disease.

· Researchers at the University of Warwick have introduced fluorescently labelled Tau aggregates (oligomers) into single brain neurons and were able to track their movement and effects.

· They found the introduced Tau oligomers interfered with the action potential waveform, modified the strength of neuronal communication and blocked events that underlie memory storage by mis-localising to synapses.

University of Warwick researchers have developed a superior method to describe the very earliest effects that Alzheimer’s Disease proteins have on the properties of brain cells. 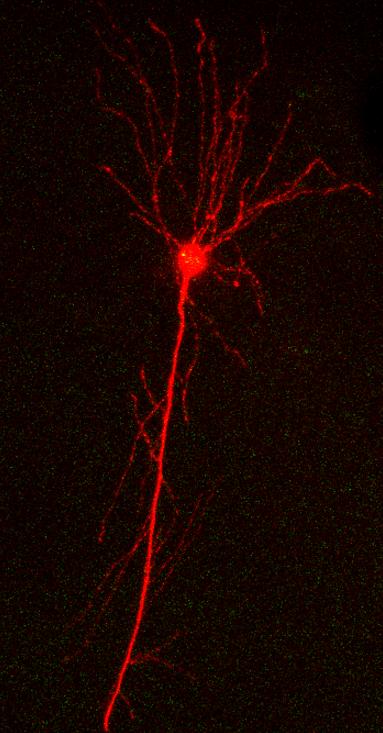 Alzheimer’s disease is characterised by the accumulation of Amyloid beta plaques outside neurons and the build-up of Tau protein inside neurons. Tau protein normally contributes to neuronal stability and the movement of various components inside of cells. However, sometimes it can change and become toxic.

Tau starts off as a monomer (a single molecule), two bind together to become a dimer, then when a few bind-together they become oligomers, which are believed to be the toxic species damaging neurons.

The precise actions of these tau oligomers are still being characterised, but scientists at the University of Warwick have developed a novel approach of introducing low concentrations of structurally-defined tau oligomers directly into single neurons in the brain.

This has allowed them to provide detailed characterisation of the concentration and time-dependent actions of tau oligomers on neuronal properties and their movement through a neuron. Of particular interest, tau oligomers localised at synapses, where neurons communicate between one another, and interfered with processes that may underlie memory. These effects are lost if Tau protein is introduced in the form of single molecules (monomers).

Dr Mark Wall from the School of Life Sciences at the University of Warwick comments:

“The key finding is that introducing tau oligomers into single healthy neurons produces marked effects within a short time frame - around 30 minutes. By recording from pairs of connected cells we have been able to characterise the effects of tau on synaptic transmission at unparalleled levels of detail.

“What is even more amazing is that the tau gets trafficked to the synapses and effects processes which may underlie memory.”

Thus, preventing tau from oligomerising could be a potential therapeutic approach in many forms of dementia including Alzheimer’s Disease.