Hannah Burnage, Kai Thomas-Prause and William Pike have been selected to represent Great Britain in the World University Summer Games. This is a phenomenal achievement for the young athletes who are members of the University of Warwick’s Performance Sport Programme. The student-athletes will compete at the event taking place in July in Naples, Italy.

The Summer Universiade consists of 10 compulsory sports with 13 compulsory disciplines and up to 3 optional sports chosen by the host country. The Universiade is widely recognised as the second largest multisport Games in the world after the Olympics and progressively has risen to World Class in scale and standard, with over 10,000 participants from 150+ countries.

Kai Thomas-Prause, an undergraduate Psychology major has been competitively shooting for around 9 years. His sporting highlights include representing Great Britain at a junior level from 2016-2018, ranking 5th and finishing 8th at the World Youth Championships in Argentina in 2017. In 2018 Kai achieved a mixed team Bronze medal at the European Championships and was ranked 7th in Great Britain.

William Pike, an undergraduate Engineering major began his archery career in 2012 and started representing GB at international tournaments in 2018. That was William’s first year at the University of Warwick where he competed at the European Youth Cup 2018 in Rovereto, Italy. William’s successes have included achieving 3rd place in Junior Field Archery in France, 2nd place in Junior Olympic style Archery in France and was World champion in Junior Field Archery 2018 representing GB.

“‘I am so incredibly proud of what our archers have achieved. They have all worked so hard both balancing their academic commitments whilst still achieving at the highest level in their chosen Sport. To have three Warwick archers in the team is testament to not only the hard work they have put in, but the commitment and support the University gives. Good Luck to them all. I have no doubt they will represent the University with pride” Lisa Dodd-Mayne, Director of Sport & Active Communities at the University of Warwick.

The University of Warwick is very proud of the trio’s achievements in their sport and would like to wish them all success at the World University Summer Games. 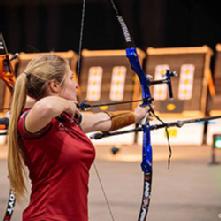 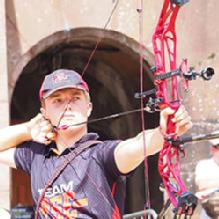 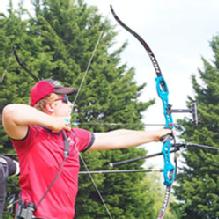