On 29 January 2020, the Global History and Culture Centre held an internal event on the future of the history of science, technology, and environment.

Members of the History Department, including those from the History of Science and Technology Hub, presented recent and forthcoming work. The discussion was wide ranging, identifying a number of important trends including the role of non-human actors, indigenous histories, the state, and natural resources.

This was part of a wider programme of events organised by the Global History and Culture Centre on the history of science, technology and environment.

This was part of an ongoing programme of events related to the history of science, technology, and environment, linked to one of the major strands of the Global History and Culture Centre.

British Society for the History of Mathematics Christmas Meeting

The British Society for the History of Mathematics (BSHM) Christmas Meeting was held at the University of Warwick this year.

Hosted by the Department of Computer Science and the Mathematics Institute, the BSHM meeting covered topics ranging from the influence of technology on Newton's mathematics to Victorian approaches of data processing.

A summary of the meeting can be found on the BSHM website.

The title of the talk was "'In Search of Native Seeds': Histories of Indigenous Agriculture and the Imagined Futures of Farming". Dr Curry explored the history of seed conservation from the early twentieth century through to the present, particularly drawing on the example of maize (corn).

Michael Bycroft gave the keynote talk at the Yale Gems and Mineral Symposium, held at the Peabody Museum of Natural History at Yale University on October 18-20, 2019.

Gems were at the heart of the transformation in natural knowledge that happened in Europe between 1500 and 1800. Historians of the scientific revolution have overlooked these objects, perhaps because of their association with magic and lapidary medicine, and perhaps also because gemmology is rarely taught in faculties of science in Western universities. Yet gems played a decisive role in early modern chemistry, mineralogy, crystallography, and experimental physics. The same period saw a rapid expansion in gem collecting, the cutting and polishing industry, and the global gem trade. Consequently, the study of gems sheds much light on the origins of modern science, and especially on the role of craft, commerce, and collecting in the emergence of new ideas about the natural world.

Dr James Poskett and Dr Elise Smith gave a joint talk on the history of the "skull sciences". This event was part of the Warwick Words History Festival.

"How does the mind work? This was a question which fascinated scientists and the public in the nineteenth century. Many started to believe that the mind could only be understood by studying the skull and the brain. Craniologists collected and measured skulls in the service of racial science, whilst phrenologists could be found in prisons and on slave plantations. Queen Victoria asked a phrenologist to measure the heads of her children, and disciples of Charles Darwin used cranial size to rank people hierarchically." 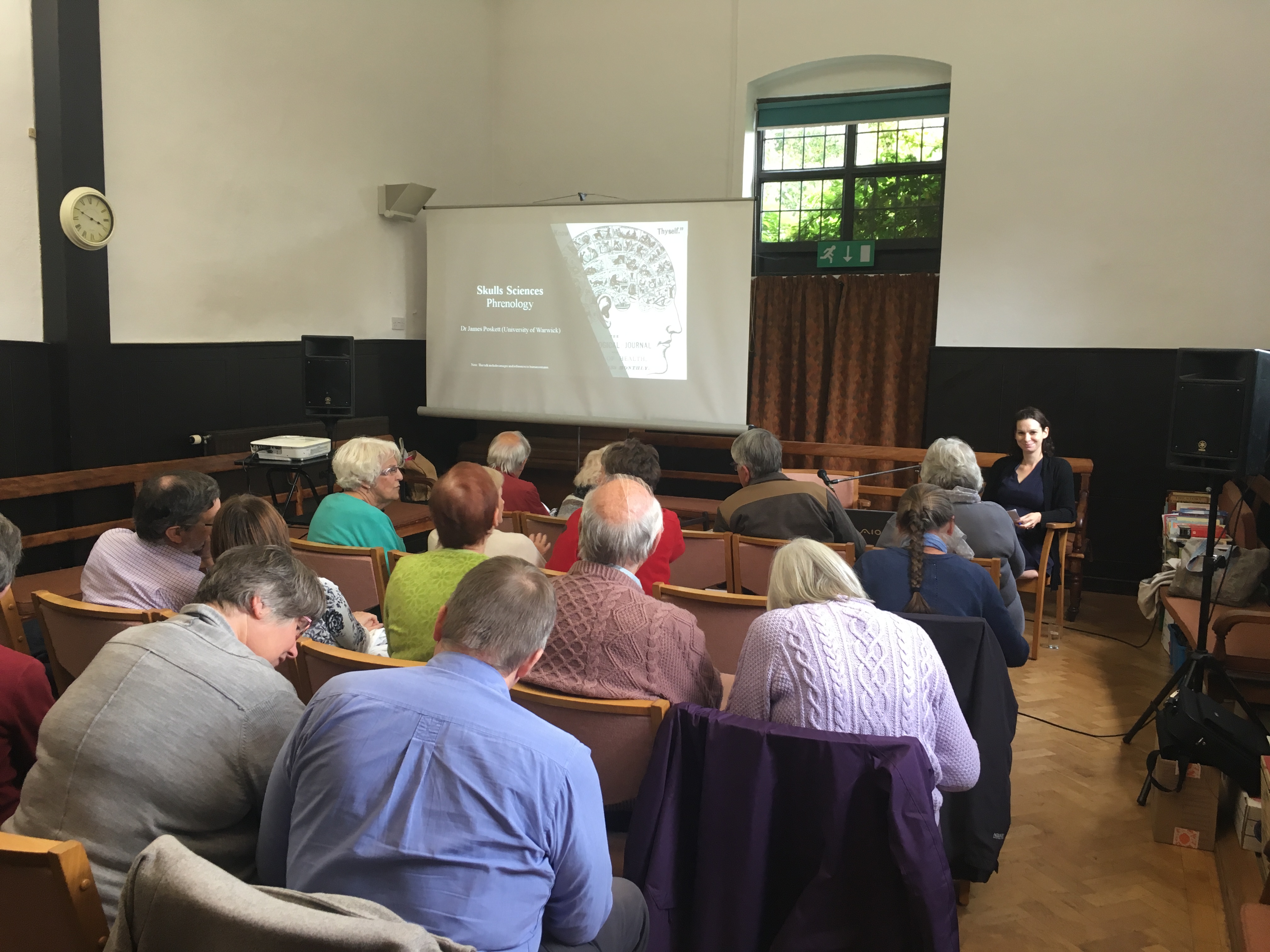 In Autumn Term 2019 there are lots of events running across the History Department, particularly associated with the Global History and Culture Centre and the Centre for the History of Medicine, related to the history of science and technology.

How Can You Tell? Judgment in Early Modern Europe - Call for Papers

We don't like to stand in judgment, and we don't want to be judged, but we live in a world of ratings, assessments and evaluations. Judgment is an elusive topic in the humanities because it falls between the cracks of periods and disciplines. This workshop will address this problem by bringing together scholars from a range of disciplines to study judgment in early modern Europe. Organised by Michael Bycroft, Naomi Pullin, Kathryn Woods, and Sophie Mann, as part of the annual workshop series of the Early Modern and Eighteenth Century Centre. The workshop will be held on Friday 6 March 2020, University of Warwick.

The Global History and Culture Centre hosted a workshop, organised by Guillemette Crouzet, on Empires and Natural Resources: Contestation, Exploitation and Protection from the 1800s to the present.

A number of members of the History of Science and Technology Hub took part, delivering papers and chairing sessions. Katayoun Shafiee gave a paper on her new project on the history of water management and dam infrastructure in twentieth-century Iran.