This presentation was given together with Stella Pelengaris.

The c-Myc oncogene is overexpressed or deregulated in many human cancers, and is often associated with aggressive, poorly differentiated tumours. c-Myc encodes a transcription factor, the onco-protein c-MYC, that acts as a master regulator of genes involved in diverse cellular processes, such as cellular replication and growth, apoptosis, loss of cellular differentiation, invasion, and angiogenesis. Despite being a key regulator of cell replication, it is now widely accepted that c-MYC can also act as its own tumour suppressor by promoting cell death (apoptosis). Thus, for putative cancer cells to arise, apoptosis must be blocked.

The generation of conditional (c-MycERTAM) transgenic mice, which allow regulated activation of c-Myc in distinct tissues (skin epidermis and pancreatic islets), have highlighted which cellular responses predominate in adult tissues in vivo. The c-MycERTAM transgene is targetted to the β-cells in the pancreatic islets of Langerhans by putting expression under the control of the insulin promoter. Activation of the transcribed chimeric protein, through administartion of the specific ligand 4-HydroxyTamoxifen (4OHT), results in a massive apoptotic response. However, suppression of apoptosis by the inclusion of a second transgene, the anti-apoptotic BclXL, results in a massive growth response and the production of large hyperplastic tumours - insulinoma.

Discussed here is a study of c-Myc induced target genes involved in pancreatic islet tumourigenesis using a large scale microarray based approach. The presentation can be found here. 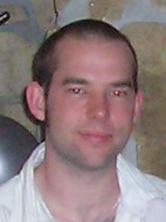