We got up before dawn, were treated to pancakes for breakfast again, and set off for Intipunku, the Sun Gate, to watch sunrise on Machu Picchu. We got there in good time, and waited as the cloud cleared to reveal our destination (and the neighbouring hotel). From here it is a gentle path down to the lost city.

Machu Picchu with the group in the foreground, Gareth as usual is taking a photo: 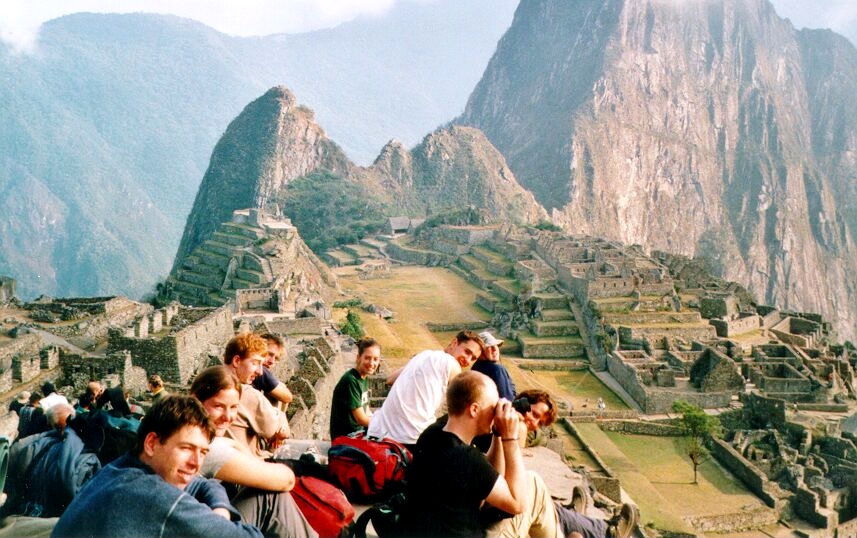 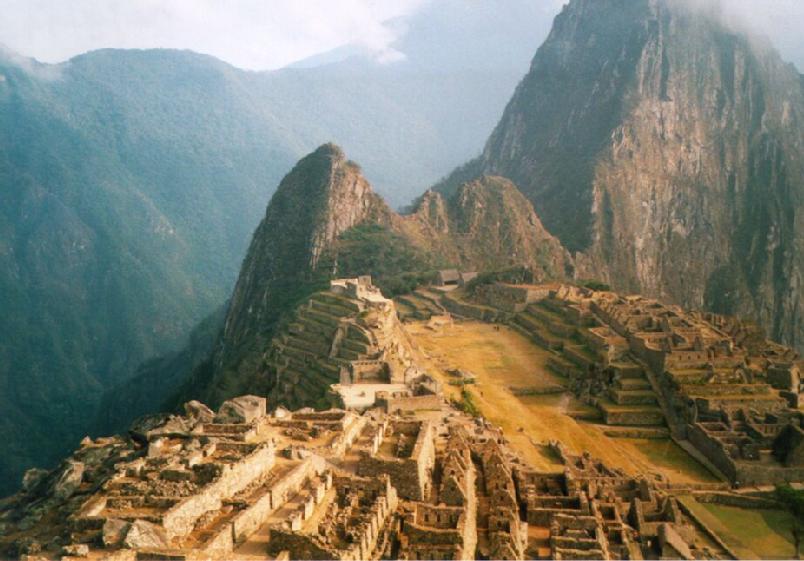 We had a guided tour and then a hour to explore on our own.

After the tour Andy, Ally, Peter and Gareth spent their hour climbing the overlooking hill Huayna Picchu to get photos of the complex.

We had to get on one of the buses down from the hotel to the railway station at Aguas Calientes, where we found that following the privatisation of the train service, and plans to build a cable car in competition with the privately owned bus service, the train drivers were on strike (at least that's the only explanation I heard). The only access to Cusco from Aquas Calientes is by rail or by helicopter at 85 US$. Investigations revealed that the helicopters where fully booked for the next few days and that we would have to walk back down the railway track, a distance of 30km. We decided to stay the night and leave early the next morning. Most people declined to sleep on the restaurant floor and booked into the hostel across the street. A few people went clubbing for most of the night, and Laura and Ally stayed up all night (which they regretted on the walk home when they started seeing things).

The 30km walk down the railway line was not very fun, for some of the walk there were paths beside the track, but for much of it we had to step from sleeper to sleeper - and they where not placed regularly or at a stride's length. Jenny's ankle had swollen up after twisting it and she was on painkillers for the day, for the last four kilometres she rode a donkey back. This delay put our itinerary back by a day, losing the free day in Lima at the end of the trek.