Peter, John & Kapil (having recovered from upset stomachs and altitude sickness) took a taxi to look at the four main sites above Cusco. Tambo Machay seems to have been a water cult, some big walks and spring running through a hidden channel in the wall into a little rock pool known at the Inca's bath. 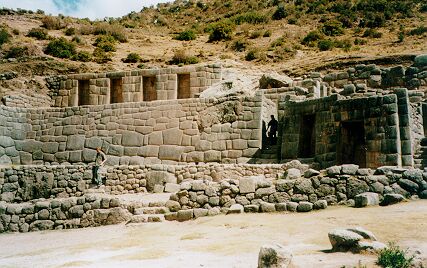 The second site was Puka Pukara, known as the Red Fort, but believed to have been a tambo or post house. 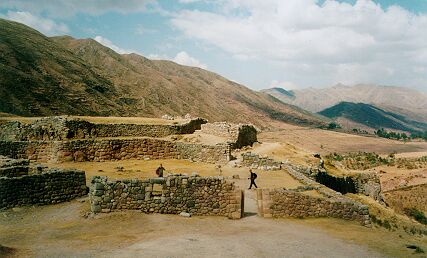 Next we visited the temple and amphitheatre of Q'enqo, it is carved out of a lava flow, there is an altar in an artificial cave underneath the site, all carved in situ from the rock.

Finally we had a look at Saqsaywaman, a major temple to the sun. It was largely destroyed by the Spanish following the rebellion of Manco Inca in 1536, and subsequently by use as a quarry for Cusco. Looking down at Saqsaywaman from the road back to Cusco: 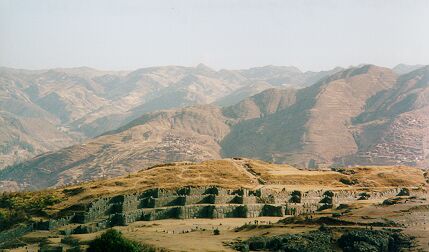 In the evening we went to Rosey O'Grady's, another Irish themed bar, where we met our guides from the Inca Trail, Carlos and Eric. They took us to a night club which seemed to play bad western music mixed with salsa. Kapil and Hetal got particularly drunk.

Hetal, Andy and Kapil in the club in Cusco: 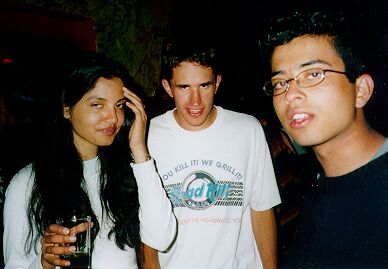