Our drive took use through a national park where we saw some Vicuna, wild relatives of the llama. They where however to far away for most people's cameras.

In Arequipa we stayed in the Hostal Las Mercedes, in a rougher part of town but with big walls and gates round it. We went into town and had tea and cakes in a cafe off the Plaza de Armas.

We visited the Convent de Santa Catalina (which also appears to be known as the Monasterio de Santa Catalina, which is strange as that would mean monks), a large block of the city which used to be run by some very wealthy nuns, until the church cracked down on them. There where lots of pretty street and squares with flowers and many paintings. 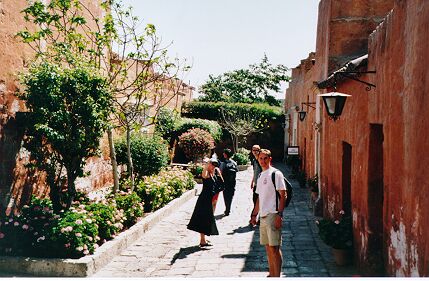 In the afternoon we went shopping in the market by the Plaza de San Franciso. We had a group dinner at an Argentinean restaurant: 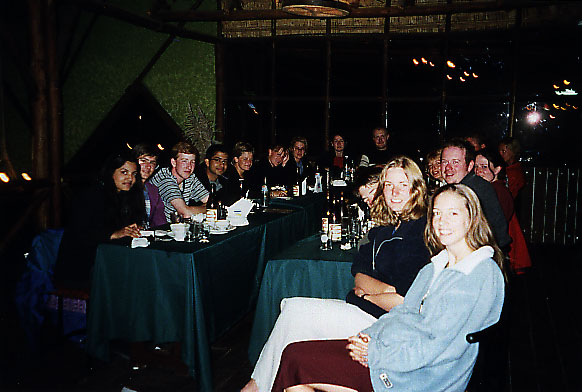 We were going to leave at 7:00am, but in the early hours of morning the truck was broken into and the tents, sleeping bags and roll mats stolen. We spent the morning waiting for the police to do their report and wandered about the town for the afternoon. This did have the bright side that for the rest of the trek we would be staying in hotels.