Another early start, but at midday we reached a roadblock. There had been a land slide on the only road, which snaked its way up and down cliffs, and the road was closed for four hours. We backtracked a little way to find somewhere for lunch. We pulled off onto a dirt track and headed for the sea. On the way we spotted a pile of human bones, probably from a robbed grave. 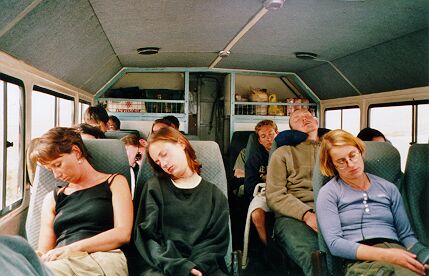 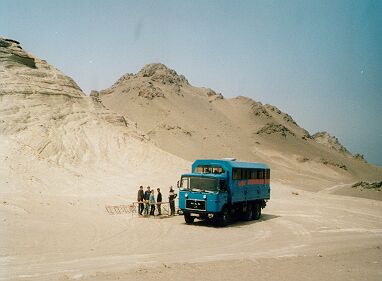 We had a cooked lunch to kill time - a very tasty chicken curry. While this was cooking we wandered down to the sea, and found a graveyard on the beach. We think this was from shipwrecks off the coast. We also saw lots of condors, especially on the rubbish heaps. 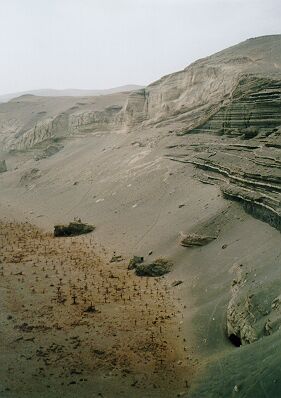 Puerto Inca was the main port for Cusco, and the only civilisation there was a hotel where we stayed. We would have been camping by the beach near the hotel.

In the morning we locked at the ruins of the drying and store houses for the port. Conner, Paddy, Emma, Peter, John and Gareth went jetskiing, which ran a little late. 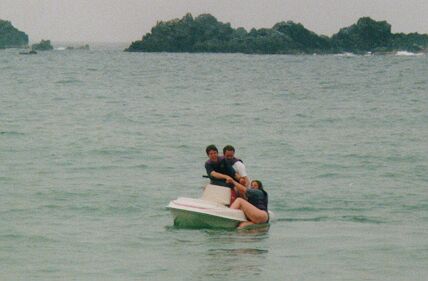 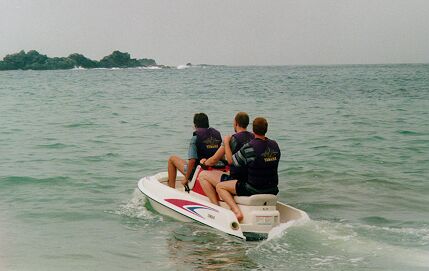 On the way to Nasca we stopped at the Cemetery of Chautill. Until a few years ago, all the mummies and bones where scatted around lying on the surface (which is how you see them in the guide books), but recently the local authorities decided to put them back in the graves. 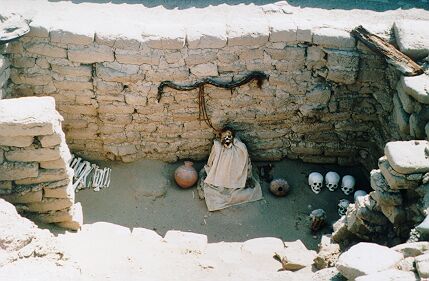 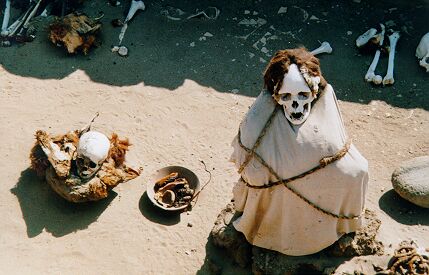 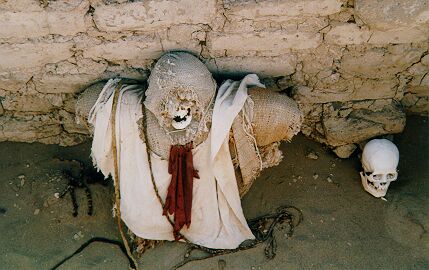 Peter and Andy playing frisbie while lunch was prepared: 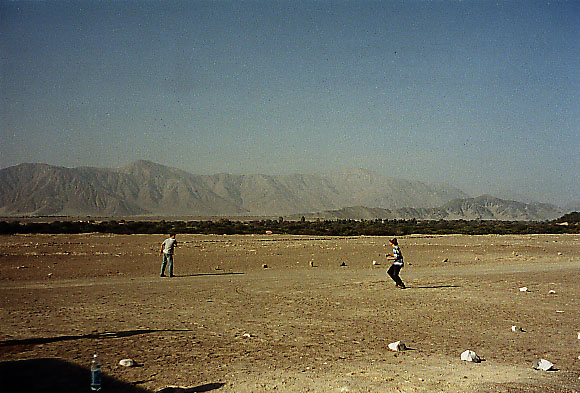 In Nasca we all had a group dinner in a restaurant recommend by our hotel, we had the pleasure of yet another pan-pipe group playing while we ate - some of the group did buy some of their CDs.