Openness, protectionism and Britain's productivity performance over the long run

We explore the links between openness and economic performance in Britain between 1870 and 1999. The key findings are: (1) As a result of the openness of the British economy, agriculture was unusually small in nineteenth century Britain, allowing resources to be deployed in the higher value added industrial and service sectors. This benefit of openness is rarely considered alongside the costs to British industry of retaining open markets when tariffs were being raised against British exports. (2) Many writers criticise the cosmopolitan service sector for neglecting domestic industry. However, this ignores the importance of the outward orientation of services for service sector productivity, and the growing importance of services for productivity performance overall. (3) The trend of British industrial performance was not improved by protection when it was applied in the 1930s, despite the claims of the tariff reformers. Furthermore, protective attempts to avoid de-industrialisation after World War II had an adverse effect on productivity performance in industry and in the aggregate economy. 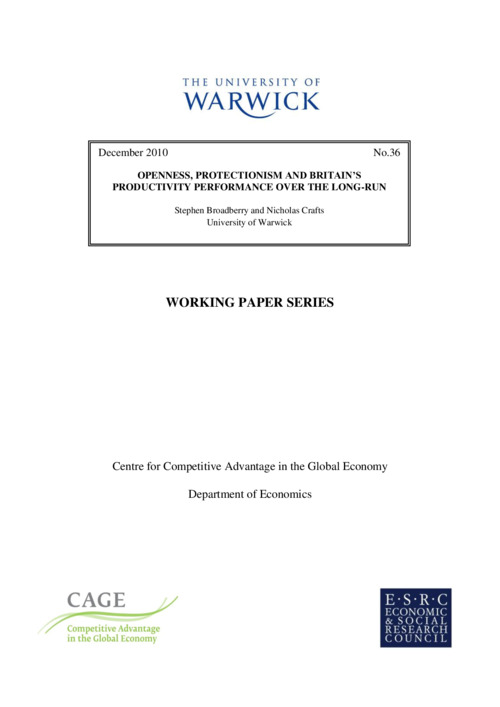