We examine the empirical relationship between the occurrence of inter-state conflicts and the degree of relatedness between countries, measured by genetic distance. We find that populations that are genetically closer are more prone to go to war with each other, even after controlling for numerous measures of geographic distance and other factors that affect conflict, including measures of trade and democracy. These findings are consistent with a framework in which conflict over rival and excludable goods (such as territory and resources) is more likely among populations that share more similar preferences, and inherit such preferences with variation from their ancestors.

The Review of Economics and Statistics 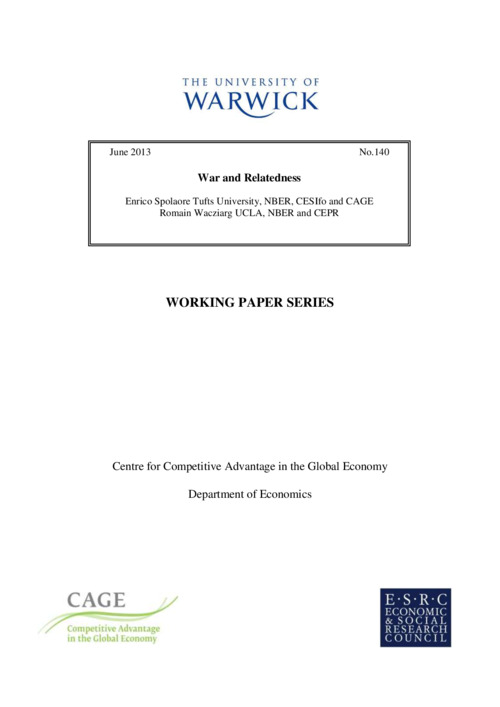