We discuss business cycles in ancient China. Data on Ancient China business cycles are sparse and incomplete and so our discussion is qualitative rather than quantitative. Essentially, ancient debates focused on two types of cycles: long run political or dynastic cycles of many decades, and short run nature induced cycles. Discussion of the latter show strong parallels to Jevons’ conception of sun spot cycles. The former has no clear contemporary analogue, were often deepin impact and of long duration. The discussion of both focused on agricultural economies. Ancient discussion on intervention focused on counter cyclical measures, including stockpiling, and predated Keynes and the discussion in the 1930s by centuries. Also, a strongly held belief emerged that cycles create their own cycles to follow, and that cycles are part of the inevitable economic order, a view consistent with Mitchell’s view of the business cycle in the 1940s. Current debates on how best to respond to the ongoing global financial crisis draw in part on historical precedents, but these are largely limited to the last 150 years for OECD countries and with major focus on the 1990’s. Here we also probe material on Ancient China to see what is relevant. 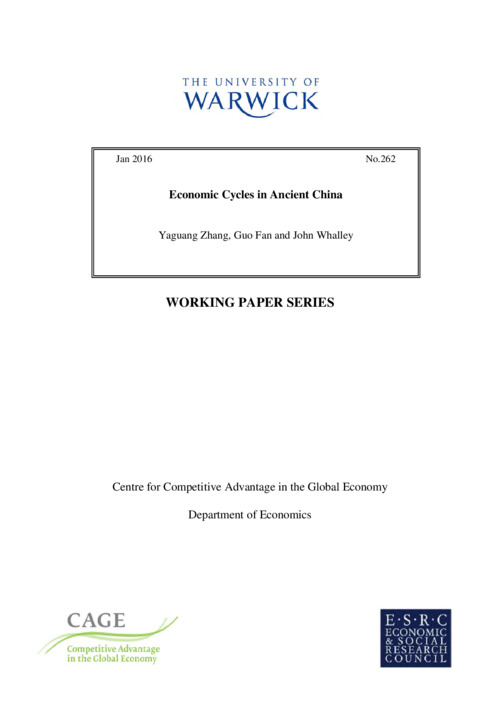