The Importance of School Systems: Evidence from International Differences in Student Achievement 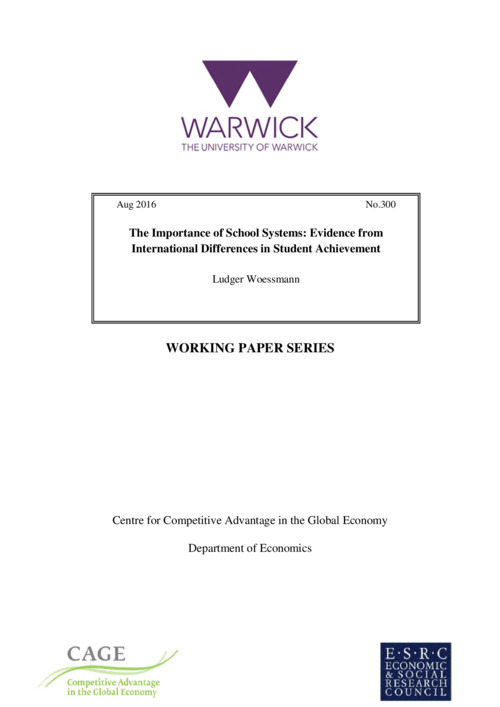