Solving the longitude puzzle: A story of clocks, ships and cities

In the 19th century, the process of European expansion led to unprecedented changes in the urban landscape outside of Europe, with the urban population moving towards the coast and tripling in size. We argue that the majority of these changes can be explained by a single innovation, the chronometer, which allowed European explorers and merchants to measure longitude at sea. We use high-resolution global data on climate, ship routes, and demography from 1750 to 1900 to investigate empirically (i) the role of the adoption of the marine chronometer in re-routing trans-oceanic navigation, and (ii) the impact of these changes on the distribution of cities and population across the globe. Our identification relies on the differential impact of the chronometer across trans-oceanic sailing routes. 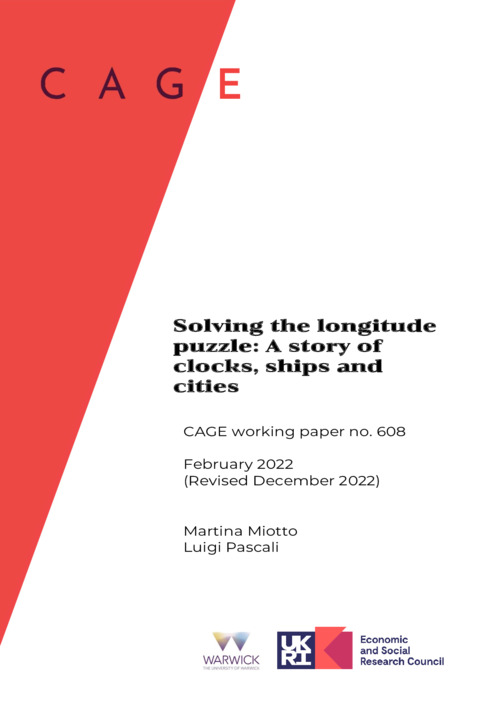