Baroness Ashton appointed as our first ever woman Chancellor 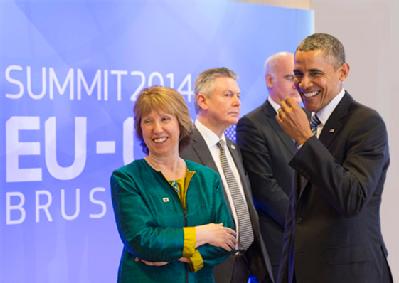 The University Senate and Council have agreed to appoint The Rt Hon. The Baroness Ashton of Upholland GCMG PC as Warwick’s new Chancellor, succeeding Sir Richard Lambert who concluded his time as Warwick’s Chancellor at the end of the 2015-16 academic year. Lady Ashton will take up the role with effect from the 1st of January 2017, when she will become the first ever female Chancellor of the University.

The Chancellor is the titular Head of the University, whose official duties are to confer degrees and other honours on behalf of Warwick. Our Chancellor plays a key role in the University’s life by providing a role model for our various constituencies and by promoting the University regionally, nationally and overseas. The Chancellor also plays a vital role in our development and fundraising activities.

In June 2016, staff, students and alumni were invited to suggest potential names for consideration, and to identify qualities and attributes that our next Chancellor should bring.

Sir George Cox, the Chair of the University of Warwick’s Council, said:

"Lady Ashton has had a remarkable career embracing many areas and issues which are highly relevant to the University of Warwick and its values. As one of the first generation of her family to have attended university, she is passionate about the transformational power of education as a driver of social mobility."

"Education is a vital component of our society that changes lives and gives people choices and opportunity. That ability of education and research to change lives stretches across our planet for a University such as Warwick with its significant research programme focused on global issues. I am deeply honoured to be able to make my small contribution to the work of such an increasingly renowned university."

Find out more about Lady Ashton’s career to date.