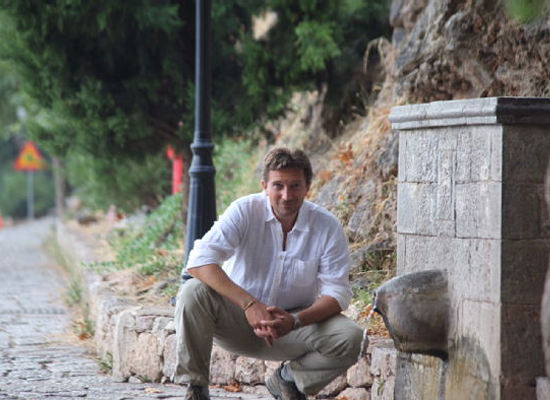 Who Were The Greeks?, a two-part historical series written and presented by Warwick classicist Dr Michael Scott, will premiere on BBC Two on Thursday 27 June 2013 at 9pm. You can view a trailer online. This documentary will be streaming on The Piazza Big Screen as well.

Michael is an Assistant Professor in Classics and Ancient History at the University of Warwick.

Two and a half thousand years ago, before the first books of the Old Testament had even been set down, European civilisation had begun in Athens. The people who built this city were a civilisation that left a blueprint for all European culture to follow.

When we think of the ancient Greeks, we think of the great legacies they have given us – democracy, architecture, art, philosophy, literature. But scratch the surface of that culture and you find what can seem a seething tornado of unsettling and downright outrageous customs and beliefs. They are a culture to whom we owe a lot, but about whom we are often in the dark - leaving us with the question: just who were the Greeks? And just who are we to claim their legacy as our own?

In this series, Dr Michael Scott will travel across the ancient Greek world, from ancient Olympia to Athens and Macedon, Turkey and Sicily, uncovering the critical people, objects and ideas of ancient Greek culture, trying out ancient Greek wrestling and tasting the famous Spartan blood broth, to discover not only what the Greeks were really like, but also why the ancient Greeks were so successful. Why their culture and way of life spread across continents and through time. And why they still have such a powerful hold over our imaginations today.

“Think of the Greeks and the picture in our heads is either of über six-packed half-naked warriors screaming ‘This is Sparta’, or bearded oldies sitting around talking philosophy. I’m interested in how such extremes fit within the realities of ancient Greek culture. What would it have been like to live in their world? And how did ancient Greece – little more than a speck of dry and mountainous land on the earth’s landscape – during a period of time equivalent to little more than a heart beat in human history, secure such a deep and long-lasting imprint in the fabric of human society? And most importantly, what can they still do for us today?”

Dr Michael Scott will be live tweeting, answering questions and providing further information on his programmes on Thursday 27 June between 9-10pm. Use the hashtag #WWTG to send in your questions and comments.

There will be one further documentary from Dr Michael Scott on the catacombs of ancient Rome on BBC 2 in July/August time.