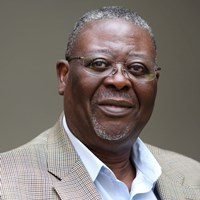 Following his expert comment yesterday, Professor Franklyn Lisk of the Centre for the Study of Globalisation and Regionalisation comments on the embassy closure:

"As you can see from news emerging from the South Africa story, there are very serious and wider repercussions which are already playing out.

"Firstly the exaggeration and distortion (mainly via social media) about the nature and extent of the (mob) violence directed at foreign Africans living and working in South Africa have not unexpectedly sparked off unsavoury ‘retaliatory’ actions and measures, ranging from attacks on South African assets and commercial interests in a number of African countries to economic, cultural and sporting boycotts.

"This is particularly worrying from the wider perspective of African economic development aspirations, when the continent’s two biggest economies - South Africa and Nigeria - are perceived to be locked in a seemingly ‘nationalistic’ conflict that could threaten implementation of the recently launched regional flagship trade and economic programme, the African Continental Free Trade Area (AfCFTA) which aims at the free movement of goods, services and people across and between countries of the continent.

"Furthermore, this unfortunate development is beginning to rupture diplomatic relations and threatening the political unity of the African Union (AU) which started life as the ‘Organisation of African Unity’ (OAU) in the 1960s. It is therefore high time that the leadership of the AU gives priority to addressing the current situation, which originated from xenophobic tendency in South Africa, with vigour and candour. Otherwise, things could get out of hand and precipitate a damaging slide down what seems to be a slippery slope towards continental disunity and dysfunction."