- A Neptunian planet has been found in what should be a ‘Neptunian Desert’ by telescopes run by the University of Warwick in an international collaboration of astronomers.

- NGTS-4b is 20% smaller than Neptune, about 3 times the size of Earth, and has been nicknamed the ‘Forbidden’ planet by researchers

- Discovered using the state-of-the-art Next-Generation Transit Survey (NGTS) observing facility, designed to search for transiting planets on bright stars, but NGTS-4b is so small other ground surveys wouldn’t have spotted it.

An exoplanet smaller than Neptune with its own atmosphere has been discovered in the Neptunian Desert, by an international collaboration of astronomers, with the University of Warwick taking a leading role. 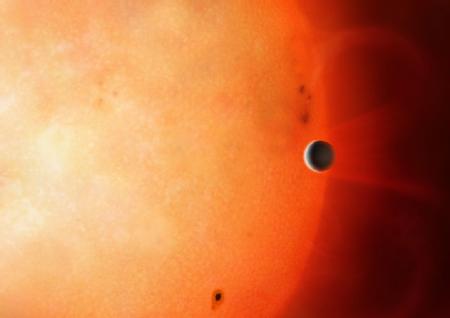 New research, led by Dr Richard West including Professor Peter Wheatley, Dr Daniel Bayliss and Dr James McCormac from the Astronomy and Astrophysics Group at the University of Warwick, has identified a rogue planet.

NGTS is situated at the European Southern Observatory's Paranal Observatory in the heart of the Atacama Desert, Chile. It is a collaboration between UK Universities Warwick, Leicester, Cambridge, and Queen's University Belfast, together with Observatoire de Genève, DLR Berlin and Universidad de Chile.

NGTS-4b, also nick-named ‘The Forbidden Planet’ by researchers, is a planet smaller than Neptune but three times the size of Earth and is 920 light-years away from Earth.

It has a mass of 20 Earth masses, and a radius 20% smaller than Neptune, and is 1000 degrees Celsius. It orbits around the star in only 1.3 days – the equivalent of Earth’s orbit around the sun of one year. 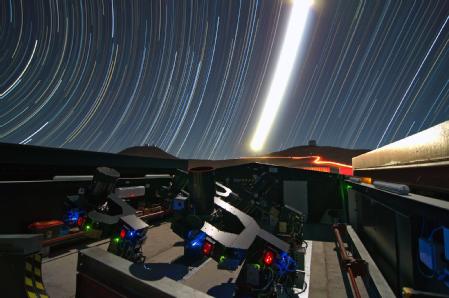 It is the first exoplanet of its kind to have been found in the Neptunian Desert.

The Neptunian Desert is the region close to stars where no Neptune-sized planets are found. This area receives strong irradiation from the star, meaning the planets do not retain their gaseous atmosphere as they evaporate leaving just a rocky core. However NGTS-4b still has its atmosphere of gas.

When looking for new planets astronomers look for a dip in the light of a star – this the planet orbiting it and blocking the light. Usually only dips of 1% and more are picked up by ground-based searches, but the NGTS telescopes can pick up a dip of just 0.2%

Researchers believe the planet may have moved into the Neptunian Desert recently, in the last one million years, or it was very big and the atmosphere is still evaporating. 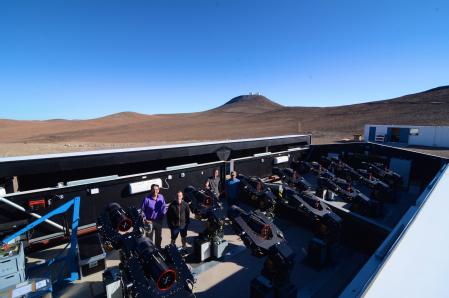 Dr Richard West, from the Department of Physics at the University of Warwick comments:

“This planet must be tough - it is right in the zone where we expected Neptune-sized planets could not survive. It is truly remarkable that we found a transiting planet via a star dimming by less than 0.2% - this has never been done before by telescopes on the ground, and it was great to find after working on this project for a year.

“We are now scouring out data to see if we can see any more planets in the Neptune Desert – perhaps the desert is greener than was once thought.”

The project was funded by the participating institutions, and with support from the UK Science and Technology Facilities Council, (grant number ST/M001962/1).

All institutions involved are: