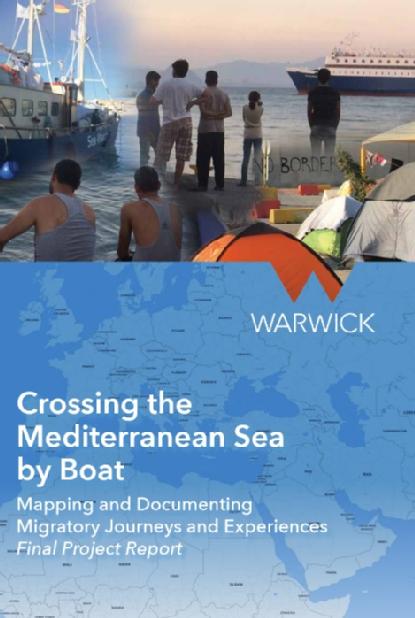 A ground-breaking project led by University of Warwick researchers is to be featured in the Imperial War Museums’ 2020 season Refugees.

Crossing the Mediterranean Sea by Boat, led by Professor Vicki Squire of Politics and International Studies (PAIS), focuses directly on the impact of policies upon people on the move, drawing together policy analysis and observational fieldwork with an in-depth analysis of qualitative interview data with people making – or contemplating making – the dangerous journey across the Mediterranean Sea.

Refugees, will take place across IWM London and IWM North in 2020 and will include two major exhibitions, an artistic commission and a series of immersive events at IWM London and beyond the museum walls in Manchester.

The season will also include Refugees: Forced to Flee, an exhibition that forms part of the 2020 Refugees season, created in partnership with the Arts and Humanities Research Council (AHRC) and the Economic and Social Research Council (ESRC)

Commenting on Crossing the Mediterranean Sea by Boat being featured as part of IWM’s Refugees Professor Squire said:

“Precarious migratory journeys are something we are keenly aware of in the face of situations such as the recent Essex lorry deaths, but it can be easy to forget that the everyday lives of many people around the world continue to involve a struggle to migrate.

“I am delighted that IWM has recognised the importance of highlighting the experiences of people making such journeys, and look forward to seeing the work of leading scholars from multiple disciplines within the exhibition.”