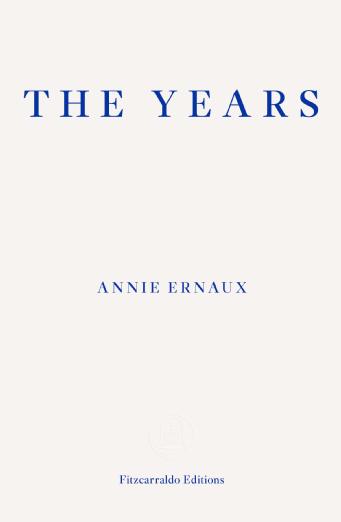 The Years by Annie Ernaux, translated from French by Alison L. Strayer and published by Fitzcarraldo Editions, has been announced as the 2019 winner of the Warwick Prize for Women in Translation.

Considered by many to be the iconic French memoirist’s defining work, The Years is a narrative of the period 1941 to 2006 told through the lens of memory, impressions past and present, cultural habits, language, photos, books, songs, radio, television, advertising and news headlines. Annie Ernaux invents a form that is subjective and impersonal, private and communal, and a new genre – the collective autobiography – in order to capture the passing of time. At the confluence of autofiction and sociology, The Years is ‘a Remembrance of Things Past for our age of media domination and consumerism’ (New York Times), a monumental account of twentieth-century French history as refracted through the life of one woman.

Coordinated by Dr Chantal Wright at the University of Warwick, the £1000 Warwick Prize for Women in Translation is awarded to an English-language translation of a literary work written by a woman writer and published in the UK or Ireland.

The prize aims to address the gender imbalance in translated literature and to increase the number of international women’s voices accessible by a British and Irish readership. The 2019 prize, which saw 13 titles longlisted, was judged by:

Judge Boyd Tonkin says of The Years: “This unique book tells the story of a woman, a nation and an age. Ernaux creates a voice at once deeply personal and epic in its collective resonance. Her narrator, powerfully voiced by translator Alison L. Strayer, surveys the decades between the 1940s and the 2000s. This autobiographical story also follows the evolution of feelings, fashions and fears in France between the Second World War and the millennium. From politics to sex, shopping to family, a secret history becomes a shared history.” 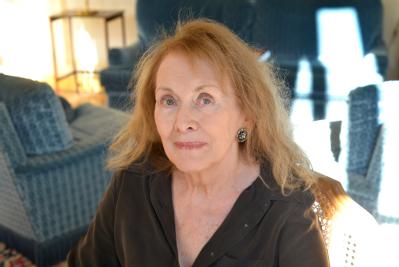 Author Annie Ernaux was born in 1940 and grew up in Normandy. She studied at Rouen University and later taught at secondary school. From 1977 to 2000, she was a professor at the Centre National d’Enseignement par Correspondance. Her books, in particular A Man’s Place and A Woman’s Story, have become contemporary classics in France. The Years won the Prix Renaudot in France in 2008, the Premio Strega in Italy in 2016, and was shortlisted for the Man Booker International Prize in 2019. In 2017, Annie Ernaux was awarded the Marguerite Yourcenar Prize for her life’s work. 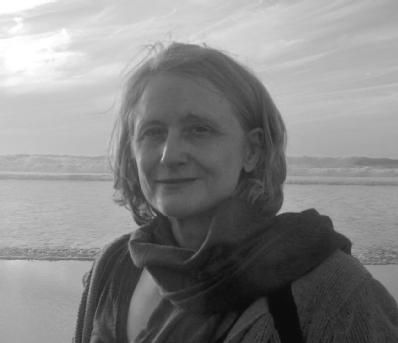 Translator Alison L. Strayer is a Canadian writer and translator. Her work has been shortlisted twice for the Governor General’s Award for Literature and for Translation, shortlisted for the Grand Prix du livre de Montréal and the Prix littéraire France-Québec, and longlisted for the Albertine Prize. Her translation of The Years was awarded the 2018 French-American Translation Prize in the non-fiction category. She lives in Paris.

Alison L. Strayer says of The Years: “The Years, published in French in 2008, spans the years of 1941 to 2006, a period which corresponds to the life of Annie Ernaux from birth to her mid-sixties. Twice as long as her previous works, The Years is a book with a vast, sweeping scope, many atmospheres, styles and (speeds) rhythms. Time slows down and takes flight again, the narration entrusted to “a collective I’’, un je collectif that speaks for the author’s entire generation.

“The story unfolds through a multitude of historical and intimate events, waves of optimism and fear for the future, collective protest and apathy. The times and their changing are also evoked through a wealth of jingles, slogans, adverts (dop dop dop adopt Dop shampoo!), detail about objects and products that arrive and disappear, dogged inventories of ephemera, turns of phrase here-today-gone-tomorrow, gestures, jokes, puns and spoonerisms, all of which are a feast for the translator though equally a challenge, occasionally acrobatic.”

The Years was chosen from among six shortlisted titles that included translations from Farsi, French and Hungarian. 2018 Nobel Laureate Olga Tocarczuk was also on the shortlist with Drive Your Plow Over the Bones of the Dead, translated from Polish by Antonia Lloyd-Jones. The 2019 competition received a total of 92 eligible entries, almost double the number of entries received in 2017 and 2018.