On the 1st of May 2018, all members of the MathSys Centre travelled to the Lake District for the annual retreat. We spent four great days in the YHA Hawkshead with beautiful views, inspirational talks and nice company.

The first day of the retreat was especially exciting for us M.Sc. students, as we presented posters about our research group projects. During the course of the next two days, each Ph.D. student gave an interesting talk in a format of five minute presentations. The prize for the best talk was awarded to Sami Al-Izzi who, despite all obstacles, impressed everyone with his live demonstration of fluid structure interactions. The second place went to Jack Binysh for his talk about Maxwell's theory of solid angle and the construction of knotted vortex fields. The third place was awarded to Joseph Pollard who was talking about singularity theory in physics.

In the workshop sessions of the retreat, Gareth Alexander, Colm Connaughton, Federico Botta, Elizabeth Buckingham-Jeffery and Martine Barons gave us valuable tips for our M.Sc. or Ph.D. progress.

The highlight of the annual retreat were talks given by our guest speakers. Professor Eddie Wilson, the Head of Department of Engineering Mathematics at the University of Bristol, talked about the capacity of communication systems and offered a few insights into the complexity of this topic. Samuel Johnson, who is a Lecturer in Applied Mathematics at the University of Birmingham and also a former member of our centre, explained topology and dynamics in neural networks. An insight into work in the public sector was given by Peter Dawson, a former Ph.D. student at the Centre for Complexity Science and now a senior scientific officer in the UK Home Office. Finally, Christopher Nemeth, Lecturer in Statistical Learning at the University of Lancaster, explored whether Monte Carlo Methods are dead (they are not!).

The Warwick Annual Retreat Projects returned this year with a variety of great ideas that got everyone engaged. Some of the projects included: coding in Befunge-93 - an esoteric programming language, developing reinforcement learning agents for the Pommerman competition, building mathematical models of eusociality and others. I felt especially happy as the project of my group won the best project prize. We invented a game called SUDO, that was aimed at teaching non-scientists basic coding skills.

On the afternoon of the second day, during the “scheduled fun” time slot, everyone had the opportunity to explore the surrounding area, either kayaking on the beautiful Coniston Water lake or going on various long walks, to Lake Windermere or towards Grizdale Forest. In the evenings, we relaxed, visited the local pub and some of us played board games together. Overall the annual retreat 2018 was a very fun and social experience and I am already looking forward to the next year! 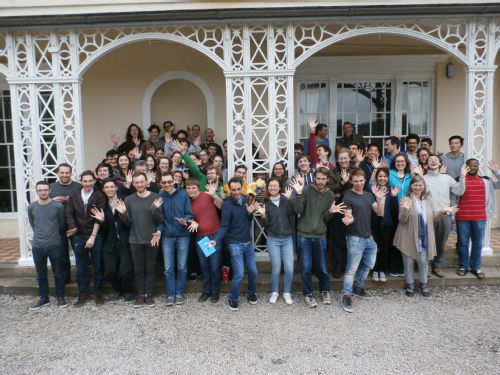