The Pike Group moved to Warwick in 2019 after Seb was awarded a Royal Society University Research Fellowship.

Previously (2016-2019) the Group were based at the University of Cambridge where Seb held a Herchel Smith Research Fellowship.

Seb worked at Imperial College London during 2014-2016 as a post-doctoral research associate in the groups of Prof. Charlotte Williams and Prof. Milo Shaffer studying the synthesis of Cu and ZnO nanocatalysts for the hydrogenation of CO2. 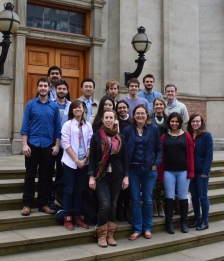 Seb studied at Oxford University (Magdalen College) as an undergraduate and took up a 4th year project with Prof. Andrew S. Weller on the topic of rhodium catalysts for hydroacylation.

Seb continued working with Prof. Weller for his D. Phil. studies (at Balliol College), working on rhodium phosphine complexes in solution and the solid-state.After completing his D.Phil. Seb was awarded an EPSRC Doctoral Prize enabling further study at Oxford during 2014. 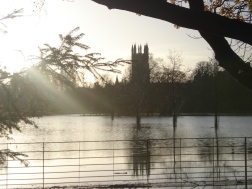