In our last run of the day we found four victims. For reliability we had disabled the arm (apart from head-pan) as we were not certain what was causing it to malfunction at the time. We have now solved the issue, so tomorrow we should have a run with a fully working arm.

The organisers of the competition have decided to make the red section of the arena more difficult by raising the size of the step near the top of the ramp from two tubes to three tubes (30cm).

No robot in RoboCup has ever successfully climbed the 30cm step, even in the finals... Until now! 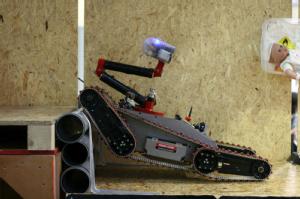 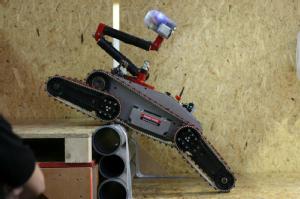 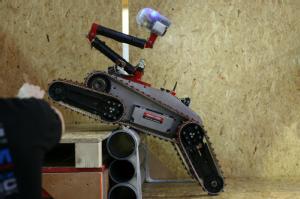 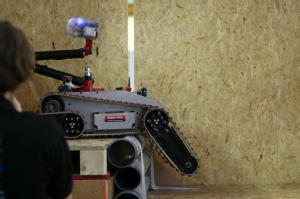 Here is a panoramic view of the arena (taken from the top of a tall ladder): 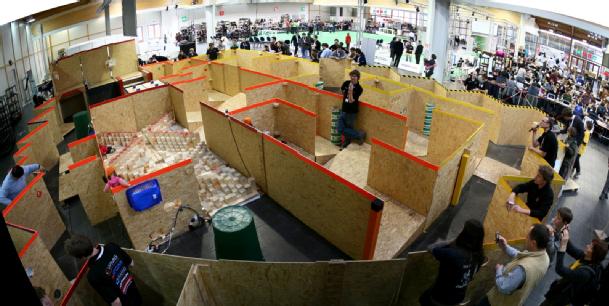