Professor Martin Hairer has won a 5-year Leverhulme Research Leadership Award for his proposal: Singular Stochastic Partial Differential Equations. Most of the funding (approx £1M) will be for the support of postdocs.

The proposed research objective is to develop a theory of modelled distributions and to explore its applications to several long-standing problems in mathematical physics, mathematical biology, and stochastic analysis. Upon successful completion, a range of idealised physical, biological and mathematical systems will be amenable to rigorous mathematical analysis for the very first time. This will provide a rock-solid foundation for a more detailed understanding of these models and their approximations, which will be used to explore their fine properties.

Martin has also recently accepted an invitation to join the Scientific Committee for one of the world's leading research centres, the Mathematisches Forschungsinstitut Oberwolfach.

The European Research Council (ERC) has awarded a 5-year Advanced Grant to Professor Ian Melbourne to study Stochasticity in Spatially Extended Deterministic Systems and via Homogenization of Deterministic Fast-Slow Systems.

One of the main topics of this proposal is to investigate how separation of time scales can cause a fast-slow deterministic system to converge to a stochastic differential equation (SDE). This is called homogenization; the fast variables are averaged out and the limiting SDE is generally of much lower dimension than the original system. The focus is mainly on situations where the SDE limit is driven by Brownian motion, but SDEs driven by stable Lévy processes are also of interest. Homogenization is reasonably well-understood when the underlying fast-slow system is itself stochastic. However there are very few results for deterministic fast-slow systems. The aim is to make homogenization rigorous in a very general setting, and as a byproduct to determine how the stochastic integrals in the SDE are to be interpreted.

A second main topic is to explore the idea that anomalous diffusion in the form of a superdiffusive Lévy process arises naturally in odd dimensions but not in even dimensions. The context is pattern formation in spatially extended systems with Euclidean symmetry, and this dichotomy can be seen as an extension of the classical Huygens principle that sound waves propagate in odd but not even dimensions. For anisotropic systems (where there are translation symmetries only), the situation is simpler: chaotic dynamics leads to Brownian motion and weakly chaotic dynamics (of intermittent type) leads to a Lévy process. However in the isotropic case (rotations and translations), anomalous diffusion is suppressed in even dimensions in favour of Brownian motion.

Philip Leverhulme Prizes are awarded to outstanding scholars who have made a substantial and recognised contribution to their particular field of study, recognised at an international level, and where the expectation is that their greatest achievement is yet to come.

Christoph Ortner's work during his fellowship will include the analysis of atomistic models for crystalline defects and their numerical simulation. This is an exciting new area of research for applied mathematics and numerical analysis.

Given a crystal lattice with a localised defect (dislocation, vacancy, interstitial, . . .), one would like to quantify its influence on the crystalline environment, by computing the defect geometry and the defect core energy (as efficiently as possible). Already formulating a well-posed mathematical description for defects is challenging for realistic atomistic models. Furthermore, these challenges lead into new questions of regularity and approximation theory for discrete deformation fields.

Professor Peter Topping has been awarded an EPSRC Programme Grant of £1.5M for the study of Singularities of Geometric Partial Differential Equations (PDEs) for the period 2013–2018. The award will be largely used to fund post-doctoral positions and is a joint investigation with Professor M Dafermos (Cambridge) and Dr A Neves (Imperial). Partners include Igor Rodnianski (MIT), Fernando Coda Marques (IMPA), Sigurd Angenent (University of Wisconsin-Madison), and Camillo De Lellis (Universität Zürich).

The project combines the expertise at Warwick, Imperial and Cambridge to tackle a suite of inter-related problems in Geometric Flows, Minimal Surfaces, Mathematical Relativity and neighbouring areas. A key goal is to understand the singularities that arise in the geometric PDE lying behind these topics.

“My research is in number theory, an area of pure mathematics which explores the properties of whole numbers (integers): this is one of the oldest branches of mathematics, with roots going back to the ancient Greeks. My current project focusses on the study of so-called L-functions, analytic functions whose values are conjectured to encode many deep properties of arithmetical objects (such as elliptic curves). The aim of the project is to study L-functions and their special values using a mathematical tool called an ‘Euler system’. Euler systems are very important objects but very hard to construct – only a handful of examples are known – and constructing a new Euler system will have many important applications in number theory and beyond.” 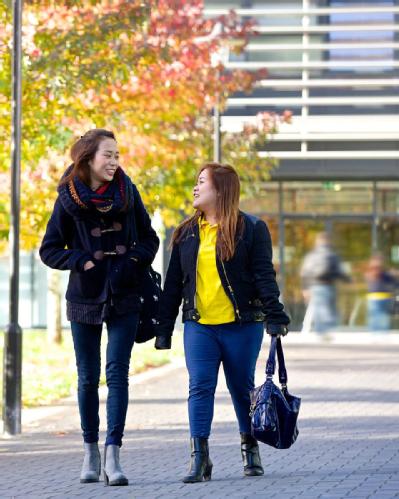 According to the Daily Telegraph, the Zeeman Building is one of the reasons that the University of Warwick qualifies for its place in the list of Britain's most beautiful universities. See frame 11 of their slideshow.

Samuel Brand, whose thesis is titled “Spatial and Stochastic Epidemics: Theory, Simulation and Control” will work on “New Mathematical Methods for Optimal Control of Epidemics” with Michael Tildesley.

Mikolaj Sierzega, whose thesis is titled “Topics in the theory of semilinear heat equations” will work on “Classical solutions to semilinear parabolic equations” with Jose Rodrigo.

Dr Bartel writes:
One of the fundamental problems in Pure Mathematics is to understand and measure symmetries. Classically, the word “symmetry” was applied to geometric shapes, e.g. referring to rotations and reflections of regular polygons or solids. However, after the ground breaking contributions of Évariste Galois in the 19th century, we have learned to understand symmetries in a much wider sense, and the notion of symmetry has been put on a powerful rigorous footing by group theory, and later by representation theory. One aim of the proposed project is to answer an important and long standing question in representation theory, which, vaguely speaking, asks how to compare symmetries of finite sets with symmetries of vector spaces. Concretely, I want to determine, in joint work with Tim Dokchitser, which rational representations of a finite group are virtual permutation representations.

The oldest branch of mathematics is the area called number theory, the biggest open problems today going back to the ancient Greeks. The second part of the proposed project lives at the intersection of representation theory and number theory. The aim is to study symmetry groups of certain number theoretic objects called Galois modules. In my past work, I have established links between the structure of Galois modules and other important number theoretic invariants. In this project, I plan to understand Galois modules from a statistical perspective, determining, roughly speaking, how often a given Galois module occurs in nature. To this end, I am planning to adapt the so-called Cohen–Lenstra heuristic, which has been incredibly successful at explaining distributions of finite modules, to the infinite case. I am going to apply my findings to different Galois modules, ranging from the arithmetic of number fields to elliptic curves. Those are some of the most fascinating and mysterious objects in number theory.

Dr Andras Mathe received the International Stefan Banach Prize on the 5th of July in Kraków. The official award presentation took place during a special session of 6th European Congress of Mathematics.

The award-winning dissertation entitled “The isomorphism problem of Hausdorff measures and Hoelder restrictions of functions” was written under the supervision of Professor Miklós Laczkovich of the Institute of Mathematics at the Eövös Loránd University in Budapest, Hungary. In his thesis Mathe solved an open problem in geometric measure theory about a fundamental property of Hausdorff measures, showing that these measures of various dimensions are essentially different.

The European Research Council has awarded a 5-year Starting Grant to Oleg Pikhurko for his proposal “Extremal Combinatorics”.

A typical problem of extremal combinatorics is to maximise or minimise a certain parameter given some combinatorial restrictions. The project will concentrate on problems of this type, with the main directions being the Turan function (maximising the size of a hypergraph without some fixed forbidden subgraphs), the Rademacher–Turan problem (minimising the density of F-subgraphs given the edge density), and Ramsey numbers (quantitative bounds on the maximum size of a monochromatic substructure that exists for every colouring). These are fundamental and general questions that go back at least as far as the 1940s, many of which remain wide open despite decades of active attempts.

Royal Society Wolfson Research Merit Awards scheme provides universities with additional support to enable them to recruit or retain respected scientists of outstanding achievement and potential to the UK. The scheme is jointly funded by the Wolfson Foundation and the Royal Society.

The UK press's universities league table season is upon us once again. Whilst variations in methodology can lead to some surprises, it always seems preferable to be nearer the top than the bottom.

Several recently updated tables place Warwick in the top five: The Guardian table ranks departments based on factors related to the choice of degree course for incoming students such as student satisfaction, student/staff ratios and employability after a successful completion. The Times Good Universities Guide (requires a subscription to access) ranks us third. The Complete University Guide also includes performance in the periodic research assessments, of importance when choosing a place to study for an advanced degree.

The Ostrowski Foundation has announced that Professor David Preiss FRS has been awarded the prestigious Ostrowski Prize for 2011 which he shares with Ib Madsen and Kannan Soundararajan.

The Ostrowski Prize is an award for outstanding achievements in pure mathematics and the foundations of numerical mathematics given every other year by the Ostrowski Foundation. Recipients are selected by an international jury from the universities of Basel, Jerusalem, Waterloo and the academies of Denmark and the Netherlands. Alexander Ostrowski, a longtime professor at the University of Basel, left his estate to the foundation in order to establish a prize. Previous winners include Ben Green FRS, Richard Taylor FRS and Sir Andrew Wiles FRS.

Robert MacKay interviewed as President of the IMA

He was interviewed for the February issue of Mathematics Today, the membership magazine of the IMA, and the text is available as a PDF from the IMA website.

The European Research Council has awarded a 5-year Advanced Fellowship to Professor David Preiss to study “Local Structure of Sets, Measures and Currents”.

The objective of the research is to develop new methods to answer a number of fundamental questions generated by the recent development of modern analysis. The questions we are interested in are specifically related to the study of local structure of sets and functions in the classical Euclidean setting, in infinite dimensional Banach spaces and in the modern setting of analysis on metric spaces. The main areas of study will be:

(a) Structure of null sets and representation of (singular) measures, one of the key motivations being the differentiability of Lipschitz functions in finite dimensional spaces.
(b) Nonlinear geometric functional analysis, with particular attention to the differentiability of Lipschitz functions in infinite dimensional Hilbert spaces and Banach spaces with separable dual.
(c) Foundations of analysis on metric spaces, the key problems here being representation results for Lipschitz differentiability spaces and spaces satisfying the Poincaré inequality.
(d) Uniqueness of tangent structure in various settings, where the ultimate goal is to contribute to the fundamental problem whether minimal surfaces (in their geometric measure theoretic model as area minimizing integral currents) have a unique behaviour close to any point.