The project will develop a rigorous numerical analysis framework for assessing the accuracy of multiscale methods for simulating the dynamics of crystalline defects. The core focus of the research will be the analysis of approximation errors of atomistic-to-continuum (a/c) coupling methods and related multiscale schemes. The rigorous mathematical foundations, which will be the outcome of this work, will also lead to the construction of more robust and more efficient numerical algorithms.

These grants are highly competitive with the number of applications rising by 50% this year. They are aimed at young researchers with at most 7 years of postdoctoral experience.

Leonor Garcia Gutierrez has won the TakeAIM “Articulating the Influence of Mathematics” competition run by the Knowledge Transfer Network for Industrial Mathematics. As a prize for her essay on “Maths meets Hypertension” she receives a MacBook Air which was presented at the KTN Showcase event which took place yesterday in St Catherine's College, Oxford.

Leonor is a PhD student in the Interdisciplinary Mathematics program at The University of Warwick working under the supervision of Prof. Robert Kerr and Prof. Donald Singer.

MathSys (Mathematics for Real-World Systems) is one of 72 Centres for Doctoral Training whose funding was announced today by the EPSRC, with additional support from BBSRC, 13 external partners and the University of Warwick. MathSys draws on experts in three existing Warwick centres, the Centre for Complexity Science, Warwick Systems Biology, and Warwick Infectious Disease Epidemiology Research (WIDER) to tackle real-world problems that require the development of novel mathematics.

Popular images of mathematicians often focus on abstract thought and abstruse notation but we must not let that image obscure mathematics’ power to explain how our world works, and to crack real-world problems.

The new University of Warwick EPSRC MathSys Centre for Doctoral Training will work with 13 partners to train and nurture the research of bright PhD students, helping them develop the new mathematical insights needed to address high impact problems and challenges for society in health, industry and finance. Those students will become entrepreneurs, innovators and leaders in business, public services, and academia.

Martin Hairer has been awarded the 2013 Fermat Prize (jointly with Camillo De Lellis of the University of Zürich) for his remarkable contributions to the analysis of stochastic partial differential equations, in particular their well-posedness, the regularity properties of solutions, and their convergence to equilibrium.

The Fermat Prize, which is given bi-annually, rewards research work in fields where the contributions of Pierre de Fermat have been decisive:

Within these areas the prize rewards the most accessible research results for professional mathematicians.

Martin Hairer (Probability and Statistics) will speak about the large-scale behaviour of random systems near criticality.

Andrea Malchiodi (Analysis and its Applications) will focus on the study of Liouville equations. These have interest both in Geometry, when prescribing the Gaussian curvature of a surface, and in Mathematical Physics as they arise in models describing Fluid Dynamics and Electro-weak or Chern-Simons vortices. The problem is tackled using new geometric inequalities, combined with variational methods of topological flavour.

Andrew Stuart (Mathematics in Science and Technology) will overview work on the formulation of inverse problems from the Bayesian perspective, highlighting the range of applications which can be placed in a unifying mathematical framework, and describing progress in the development of computational algorithms. 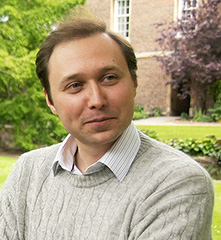 The study of Diophantine equations is an ancient and still ongoing mathematical topic. Even now, a couple of millenia after Diophantus’ work, many elementary-looking questions remain intractable. That said, the 20th century saw many major breakthroughs in the field, such as Siegel’s Theorem (finiteness of integer solutions for curves of non-zero genus), the Hasse principle (determines solubility for genus 0 curves), the work of Matiyasevich and others on the insolubility of general Diophantine equations, and Faltings’ proof of the Mordell Conjecture (finiteness of rational solutions for curves of genus >1).

A central problem that remains unresolved is the determination of rational solutions for elliptic curves. The classical method of descent, similar to that introduced by Fermat, often works in practice, but still remains inadequate because of the existence of the so-called Tate–Shafarevich group, which creates “fake” solutions that we do not always know how to eliminate. In the 1960s Birch and Swinnerton-Dyer discovered that the main arithmetic invariants of the elliptic curve, including the rank of the group of rational points and the order of the Tate–Shafarevich group, may be read off from an associated L-function. Although there has been some progress towards proving it, their discovery still has the status of a conjecture and seems to be far from settled.

The aim of the present project is to investigate the properties of a greater variety of L-functions, in the hope of unravelling new phenomena that may help to understand the link between arithmetic and L-functions that is characterised by the Birch–Swinnerton-Dyer conjecture. It includes developing the arithmetic theory and the L-function machinery that is necessary to explore this link for higher dimensional abelian varieties and for twists of elliptic curves by Artin representations.

MASDOC PhD Student Owen Daniel has been commended in the 2013 Warwick Awards for Teaching Excellence for Postgraduate Research Students (WATEPGR). Owen has been awarded £200 to be spent on his research or teaching activities. Owen was nominated for his work teaching the third year mathematics module Markov Processes and Percolation Theory, a topic that has close ties to his own PhD research in probabilistic models for Bose–Einstein condensation.

More information on the teaching awards can be found on the WATEPGR website including Owen's teaching profile.

MASDOC is a doctoral training centre run jointly by the Departments of Mathematics and Statistics.

It is the start of the ranking season again and whilst one cannot take these things too seriously, it is nice to get off to a good start. Warwick Mathematics Institute was ranked 23rd in the 2013 QS world university subject rankings, a rise of 6 places from 2012, and 4th in the UK. 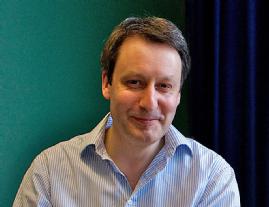 Professor Keith Ball has been elected a Fellow of The Royal Society. Described as “... an exceptionally original mathematician whose work has had a major influence on two branches of mathematics: functional analysis and information theory”.

20th March 2013
Professor Keith Ball has been elected a Fellow of The Royal Society of Edinburgh. Professor Ball is Scientific Director of the International Centre for Mathematical Sciences (ICMS) in Edinburgh and Professor of Mathematics at the University of Warwick.

Keith Ball obtained his BA (1982) and PhD (1987) in Mathematics from Cambridge University and after working for several years at Texas A&M University became a lecturer at UCL in 1990. He was promoted to a professorship there in 1996 and to the Astor Professorship in 2007. He has held visiting positions at Microsoft Research, the Institut Henri Poincaré and the University of Michigan (Ann Arbor). He was awarded a Whitehead Prize by the London Mathematical Society in 1992 and held a Royal Society Leverhulme Senior Research Fellowship from 2003 to 2004.

Professor Ball’s research is in the fields of high-dimensional geometry and probability/information theory. Among other things, he and his collaborators established an analogue of the Second Law of Thermodynamics for the Central Limit Theorem of probability, thereby solving a problem that had been open since the 1950s. He is also the author of Strange Curves, Counting Rabbits, & Other Mathematical Explorations, a popular mathematics book, published by Princeton University Press.

The EPSRC has announced the awarding of a further two programme grants in Mathematics to John Cremona and Andrew Stuart following that of Peter Topping (Singularities of Geometric PDEs) announced previously. 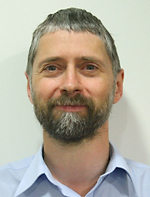 Professor John Cremona's award of £2.2 million runs for 6 years and is devoted to the study of “L-functions and modular forms”, with co-investigators Samir Siksek (Warwick) and Andrew Booker, Brian Conrey and Jon Keating (Bristol). The proposal is a collaboration between Warwick and Bristol, together with international partners David Farmer (AIM), Fernando Rodriguez-Villegas (ICTP), Michael Rubinstein (Waterloo) and William Stein (Washington). Over the six years of the project, the EPSRC grant will fund six 3-year PDRAs, two workshops per year and a visitors programme. Our research programme is summarized here.

Professor Andrew Stuart's award of £2 million, “Enabling Quantification of Uncertainty for Large-Scale Inverse Problems (EQUIP)”, will develop the mathematical, statistical and computational tools required to significantly advance understanding of large-scale inverse problems arising in engineering. In particular it will be aimed at the quantification of uncertainty in predictions based on imperfect physical models and noisy data. The work will be guided by applications arising in subsurface geophysics, including carbon sequestration, compressed air storage, ground and water engineering, and nuclear waste burial, as well as fossil fuel extraction. The grant will led by Andrew Stuart (Warwick, Mathematics), together with co-investigators Mike Christie (Heriot-Watt, Petroleum Engineering), Mark Girolami (UCL, Statistical Science) and Gareth Roberts (Warwick, Statistics) and will support four four-year PDRAs, workshops and a visitor programme.

The Royal Society has announced the award of a Royal Society Wolfson Research Merit award for Andrew Stuart's project “The Bayesian approach to inverse problems in differential equations”.

Professor Stuart's work is concerned with the formulation of inverse problems for functions which arise as input data in differential equations, using statistical methods, and the development and analysis of algorithms for their solution. The work is primarily motivated by applications in the geophysical sciences such as oil recovery and weather forecasting.

The awards are jointly funded by the Wolfson Foundation and the Department for Business, Innovation and Skills (BIS), the scheme aims to provide universities with additional support to enable them attract science talent from overseas and retain respected UK scientists of outstanding achievement and potential.

The Cabinet Office has announced that twelve outstanding university departments are to have Regius Professorships bestowed upon them to mark the Queen's Diamond Jubilee. The Mathematics Department at Warwick, which shortly celebrates its 50th anniversary, is the only one to be so honoured in the West Midlands.

In addition to the Warwick Mathematics Department the other recipients are