On Monday 3rd October, a packed Butterworth Hall played host to the fourth annual Warwick Question Time which was co-hosted by the Department of Economics and the Department of Politics and International Studies (PAIS).

The event gave students the opportunity to engage with politicians, policy makers and academics on this year’s much speculated topic ‘Brexit’. Over 1,200 students and guests took their seats to watch this year’s panel, which included The Right Honourable Hazel Blears, UKIP spokesperson Suzanne Evans, and experienced intelligence officer Lieutenant Colonel Anthony Shaffer.

Panellists were put to the test with a range of questions from our current students, and opened up some great debate. Questions ranged from how Brexit will affect the refugee situation, inequality, higher education, globalisation and the economy.

Question Time forms part of the induction for new Economics and PAIS students at Warwick, with students also getting the opportunity to talk with panellists after the event at a drinks reception which took place within the Warwick Arts Centre atrium. Those in attendance said they enjoyed the event and the opportunity to engage in the debate;

For those of you that missed the event or would like to re-watch the debate, it will be available on our YouTube channel in due course. But for now, why not take a look at some of our photos from behind the scenes;

Browse our photos from before, during and after the event. 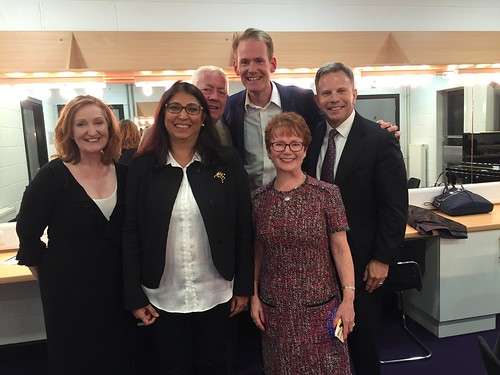 You can also watch the event in full on our Youtube Channel.