As conferences worldwide have been cancelled in the wake of Covid-19 and due to stringent lockdown measures, Economics PhD student Ivan Yotzov has co-organised a series of online webinars for young economists with the assistance of colleagues from the Monash-Warwick Alliance and Monash SoDa Laboratories.

Due to the virus epidemic, opportunities for presenting research have become fewer, with PhDs and Post-Doctoral fellows being disproportionately affected. The Applied Young Economist Webinar (AYEW) is a series which aims to provide PhD students and Post-Doctoral researchers with a platform where they can present their work, connect with colleagues worldwide, and receive feedback.

The motivation for creating the webinar series came from PhD candidate Ashani Amarasinghe of Monash University through a conversation with her supervisor, Assoc. Professor Paul Raschky. She discovered that there were plenty of webinars available for senior academics and economists but could not find any for junior researchers. 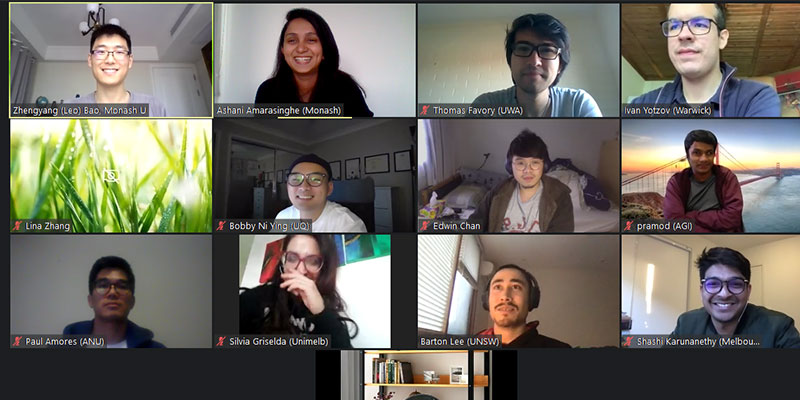 Originally, her idea was to reach out to these junior researchers in Australia in universities across the country, which resulted in a fantastic uptake and positive response. Ashani then decided to expand the series to the Europe/US east coast time zones, and approached Professor Sascha Becker, who not long ago moved to Monash University from the Department of Economics at the University of Warwick.

Sascha recommended his co-author and Warwick PhD student, Ivan Yotzov, who was pleased to get involved and took charge of scheduling the webinars for the European/US East Coast edition which occurs on Wednesdays of each week. With editions for both the European/US east coast and Australasia/US west coast time zones, AYEW is accessible to almost everyone in the world.

"The Applied Young Economist Webinar is a unique opportunity to build on an alliance between two world-class universities located in two different hemispheres and time zones. Ivan's entrepreneurial spirit was the key to make it happen." - Professor Sascha Becker.

Ivan commented, “I was very happy to become involved with the AYEW series and help set up an edition for the European/US east coast time zones. Many of my friends and colleagues (including myself) have had to cancel research trips, presentations, and conferences this year. By providing a platform for young researchers to continue presenting their work, AYEW makes great strides to filling this gap.”

After receiving submissions, Ivan and Ashani screen the papers for quality, and make a schedule of presentations which reflects diversity in terms of institutions, speakers, and research topics. So far the series has had speakers from many different institutions, including: Australian National University, Hertie School, University of Western Australia, Bank of Mexico, Oxford, Universitat Pompeu Fabra, and Monash University. Upcoming talks will feature Paris School of Economics, Pittsburgh, Tilburg, the Graduate Institute Geneva, and others.

Some of the past speakers have commented on the success of the webinar series so far:

David Escamilla-Guerrero (Oxford) stated: "At the AYEW, I received insightful comments on my job market paper from scholars from all over the world. It is a very well attended venue where promising young economists present innovative research on policy-relevant topics."

Caterina Rho (Bank of Mexico) had this to say: “My experience was positive! A very well organized seminar, with a good number of participants. I got some interesting questions and also feedback from a PhD student working on the same topics. I think that it was a useful experience to me, and I am happy that someone else found it interesting too. I recommend to participate, especially because there are not so many occasions to present one's work during this health emergency.”