Is Secular Stagnation the Future of the Eurozone?

Nicholas Crafts, The CAGE-Warwick in Brussels Series No. 1, March 2015

Recovery from the financial crisis remains very sluggish in the Euro Area. Fears are growing that growth prospects in Europe over the medium term are significantly worse than anyone would have thought before the crisis. The concept of ‘secular stagnation’, which dates back to the 1930s, has been revived and was recently the topic of a recent e-book (Teulings and Baldwin, 2014). Indeed, relative to pre-crisis levels, real GDP in the Eurozone countries is similar to that of the hapless economies that remained in the gold standard to the bitter end (the ‘gold bloc’) rather than that of those who left gold early and experienced a strong recovery by the mid-1930s (the ‘sterling bloc’). 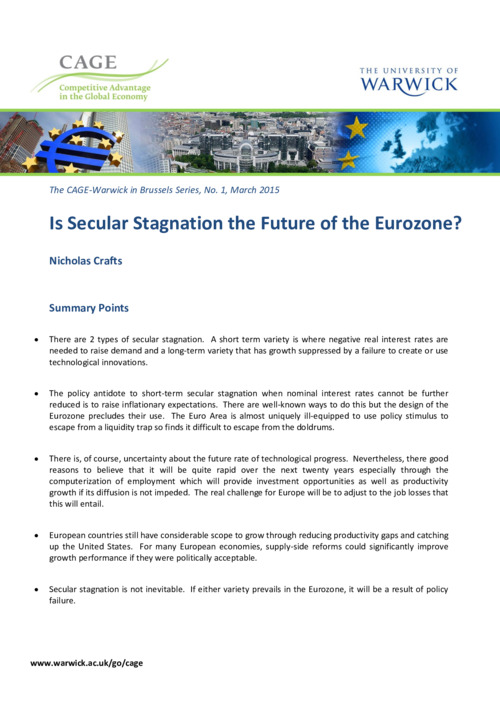