This review essay looks at the recent books on the British Industrial Revolution by Robert Allen and Joel Mokyr. Both writers seek to explain Britain’s primacy. This paper offers a critical but sympathetic account of the main arguments of the two authors considering both the economic logic and the empirical validity of their rival claims. In each case, the ideas are promising but the evidence base seems in need of further support. It may be that eventually these explanations for British economic leadership at the turn of the nineteenth century are recognized as complementary rather than competing. 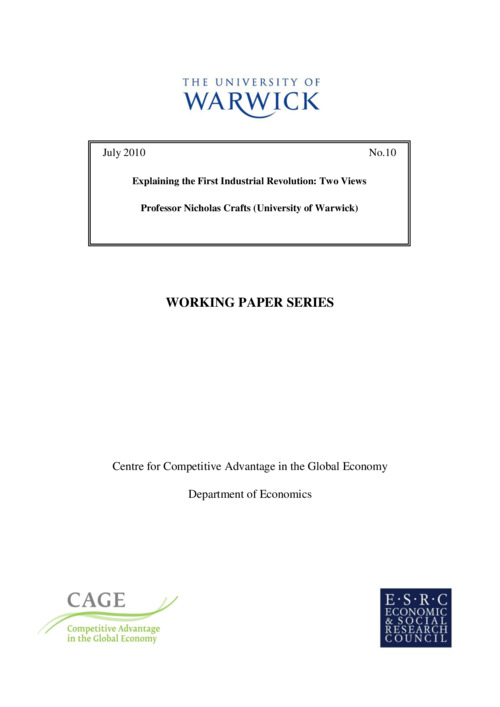