The Soviet state counted people, resources – and secret papers. The need to account for secrets was a transaction cost of autocratic government. This paper finds archival evidence of significant costs, multiplied by secrecy’s recursive aspect: the system of accounting for secrets was also secret and so had to account for itself. The evidence suggests that most Soviet officials complied most of the time. Numerous instances also imply that careless handling could take root and spread locally until higher authorities intervened. The paper uses the case of a small regional bureaucracy, the Lithuania KGB, to estimate the aggregate costs of handling secret paperwork. Over the period from 1954 to 1982, accounting for secrets makes up around one third of this organization’s archived records. This figure is surprisingly large, and is the main new fact contributed by the paper. There is much time variation, some of it not easily explained.

The Journal of Economic History 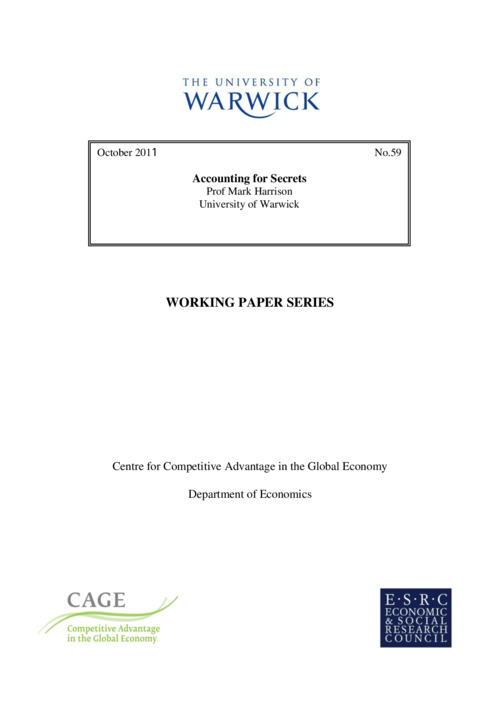