Antidepressants as a commodity have been remarkably little-studied by economists. This study shows in new data for 27 European countries that 8% of people (and 10% of those middle-aged) take antidepressants each year. The probability of antidepressant use is greatest among those who are middle-aged, female, unemployed, poorly educated, and divorced or separated. A hill-shaped age pattern is found. The adjusted probability of using antidepressants reaches a peak -- approximately doubling -- in people's late 40s. This finding is consistent with, and provides a new and independent form of corroboration of, recent claims in the research literature that human well-being follows a U-shape through life. 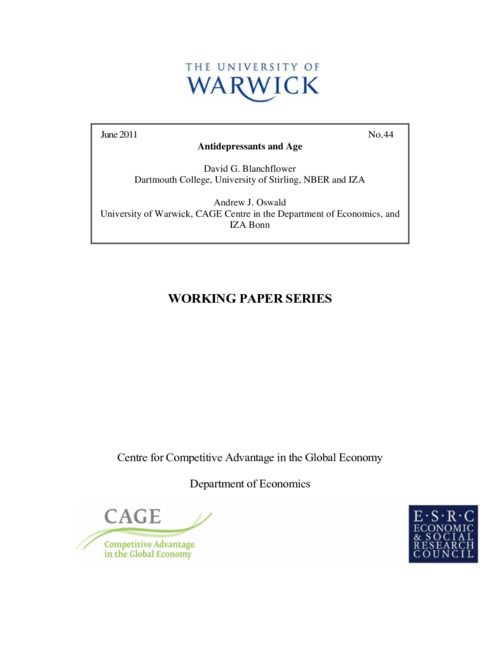