The nineteenth century witnessed the triumph of capitalism; the twentieth century saw the bloodiest wars in history. Is there a connection? The paper reviews the literature and evidence. It considers first whether capitalism has lowered the cost of war; then, whether capitalism has shown a preference for war. Both questions are considered comparatively. Neither question receives a clear cut answer, but to simplify: Yes; No.

The Cambridge History of Capitalism 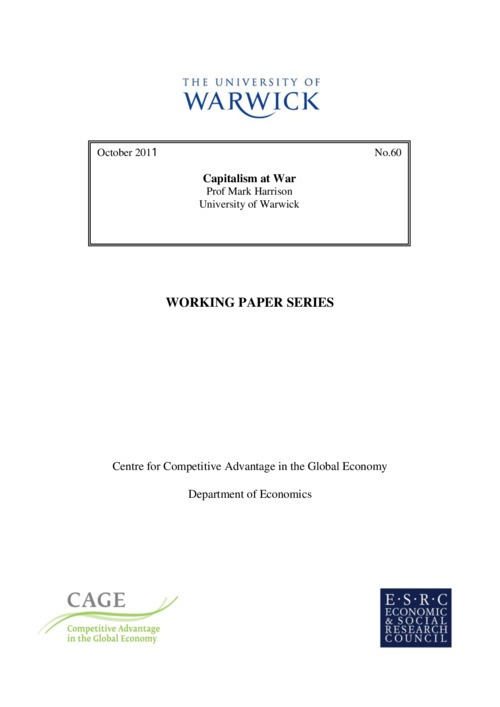