Secrecy, Fear and Transaction Costs: The Business of Soviet Forced Labour in the Early Cold War

This paper is about the costs of doing business under a harsh, secretive dictator. In 1949 the Cold War was picking up momentum. The Soviet state had entered its most secretive phase. The official rationale of secrecy was defense against external enemies. One of the Gulag’s most important secrets was the location of its labour camps, scattered across the length and depth of the Soviet Union. As this secret was guarded more and more closely, the camps began to drop out of the Soviet economic universe, losing the ability to share necessary information and do business with civilian persons and institutions without disclosing a state secret: their own location. For some months in 1949 and 1950, the Gulag’s camp chiefs and central administrators struggled with this dilemma and failed to resolve it. This episode teaches us about the costs of Soviet secrecy and raises basic questions about how secrecy was calibrated. 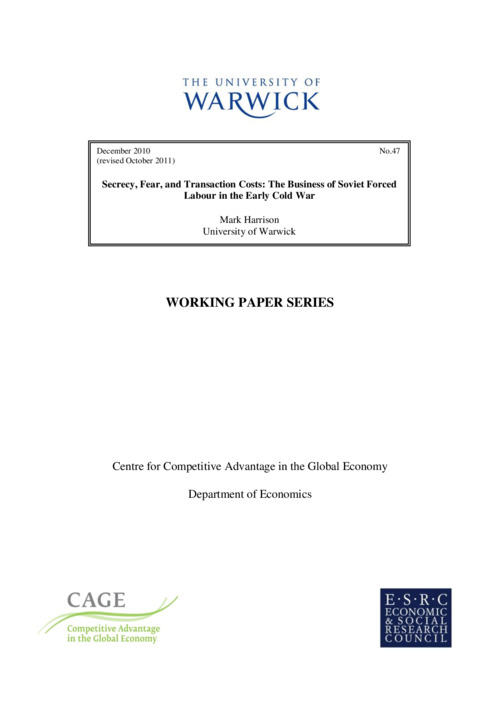