The Frequency of Wars

Wars are increasingly frequent, and the trend has been steadily upward since 1870. The main tradition of Western political and philosophical thought suggests that extensive economic globalization and democratization over this period should have reduced appetites for war far below their current level. This view is clearly incomplete: at best, confounding factors are at work. Here, we explore the capacity to wage war. Most fundamentally, the growing number of sovereign states has been closely associated with the spread of democracy and increasing commercial openness, as well as the number of bilateral conflicts. Trade and democracy are traditionally thought of as goods, both in themselves, and because they reduce the willingness to go to war, conditional on the national capacity to do so. But the same factors may also have been increasing the capacity for war, and so its frequency.

The Economics of Coercion and Conflict (World Scientific) 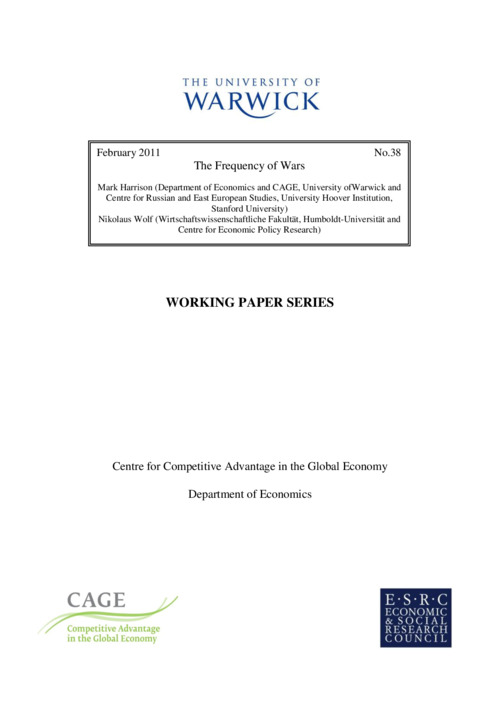