A powerful test of Varian's (1982) generalised axiom of revealed preference (GARP) with two goods requires the consumer's budget line to pass through two demand vectors revealed as chosen given other budget sets. In an experiment using this idea, each of 41 student subjects faced a series of 16 successive grouped portfolio selection problems. Each group of selection problems had up to three stages, where later budget sets depended on that subject's choices at earlier stages in the same group. Only 49% of subjects' choices were observed to satisfy GARP exactly, even by our relatively generous non-parametric test. 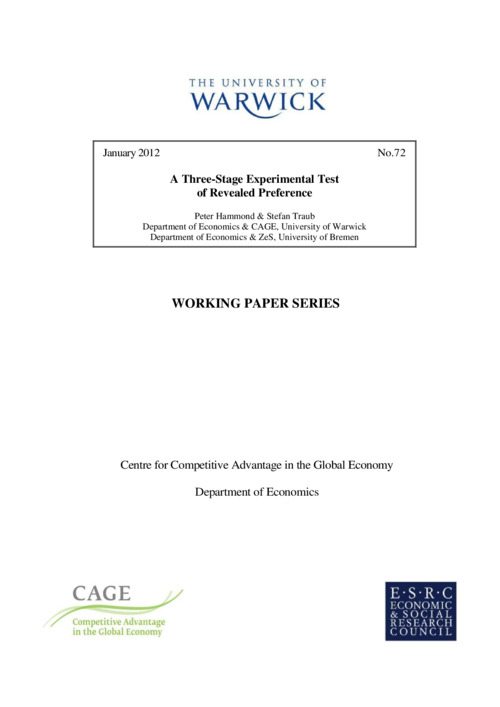