Africa’s Growth Prospects in a European mirror: a Historical Perspective

Drawing on recent quantitative research on Europe reaching back to the medieval period, and noting a relationship between the quality of institutions and economic growth, this paper offers a reassessment of Africa’s growth prospects. Periods of positive growth driven by trade, followed by growth reversals which wiped out the gains of the previous boom, characterized pre-modern Europe as well as twentieth century Africa. Since per capita incomes in much of sub-Saharan Africa are currently at the level of medieval Europe, which did not make the breakthrough to modern economic growth until the nineteenth century, we caution against too optimistic a reading of Africa’s recent growth experience. Without the institutional changes necessary to facilitate structural change, growth reversals continue to pose a serious threat to African prosperity. Only if growth continues after a downturn in Africa’s terms of trade can we be sure that the corner has been turned. 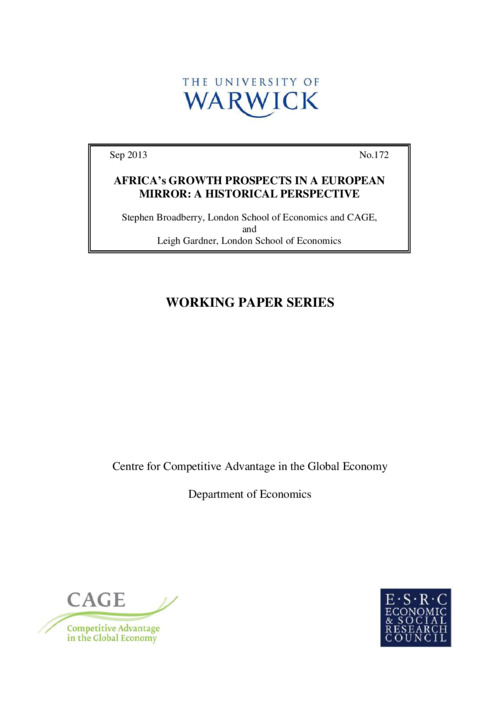