The changes-in-changes model extends the widely used difference-in-differences to situations where outcomes may evolve heterogeneously. Contrary to difference-in-differences, this model is invariant to the scaling of the outcome. This paper develops an instrumental variable changes-in-changes model, to allow for situations in which perfect control and treatment groups cannot be denied, so that some units may be treated in the control group, while some units may remain untreated in the treatment group. This is the case for instance with repeated cross sections, if the treatment is not tied to a strict rule. Under a mild strengthening of the changes-in-changes model, treatment effects in a population of compliers are point identified when the treatment rate does not change in the control group, and partially identified otherwise. Simple plug-in estimators of treatment effects are proposed. We show that they are asymptotically normal, and that the bootstrap is valid. Finally, we use our results to reanalyse findings in Field (2007) and Dufflo (2001).

The Review of Economic Studies 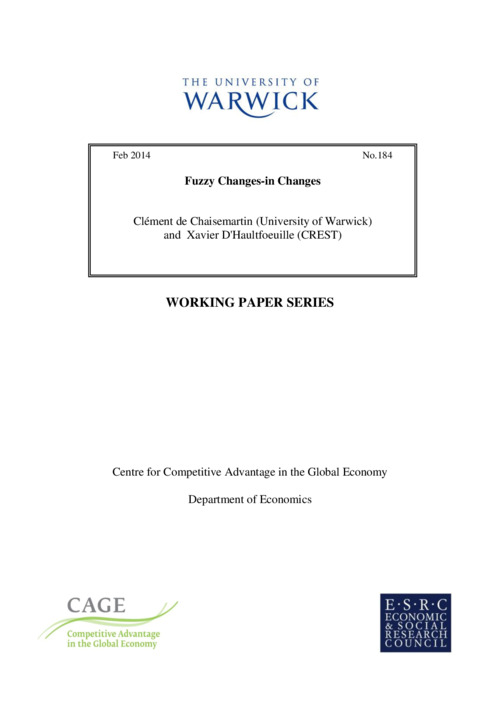