We propose that the development of social hierarchy following the Neolithic Revolution was an outcome of the ability of the emergent elite to appropriate cereal crops from farmers and not a result of land productivity, as argued by conventional theory. We argue that cereals are easier to appropriate than roots and tubers, and that regional differences in the suitability of land for different crops explain therefore differences in the formation of hierarchy and states. A simple model illustrates our main theoretical argument. Our empirical investigation shows that land suitability for cereals relative to suitability for tubers explains the formation of hierarchical institutions and states, whereas land productivity does not. 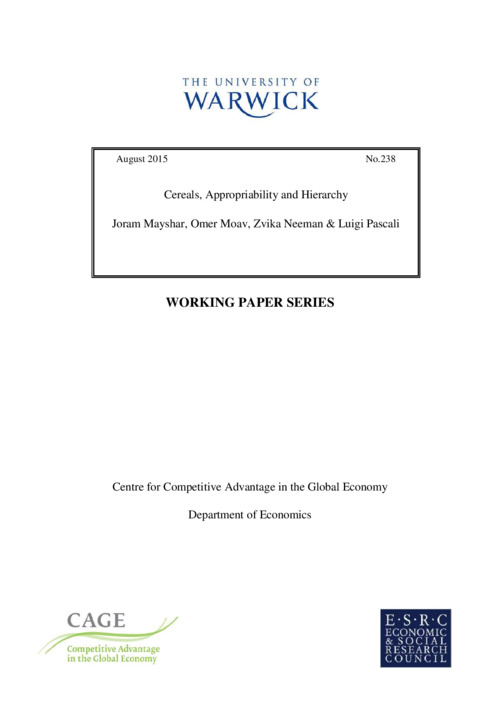