QE and the Bank Lending Channel

We test whether quantitative easing (QE), in addition to boosting aggregate demand and inflation via portfolio rebalancing channels, operated through a bank lending channel (BLC) in the UK. Using Bank of England data together with an instrumental variables approach, we find no evidence of a traditional BLC associated with QE. We show, in a simple framework, that the traditional BLC is diminished if the bank receives ` flighty' deposits (deposits that are likely to quickly leave the bank). We show that QE gave rise to such flighty deposits which may explain why we find no evidence of a BLC. 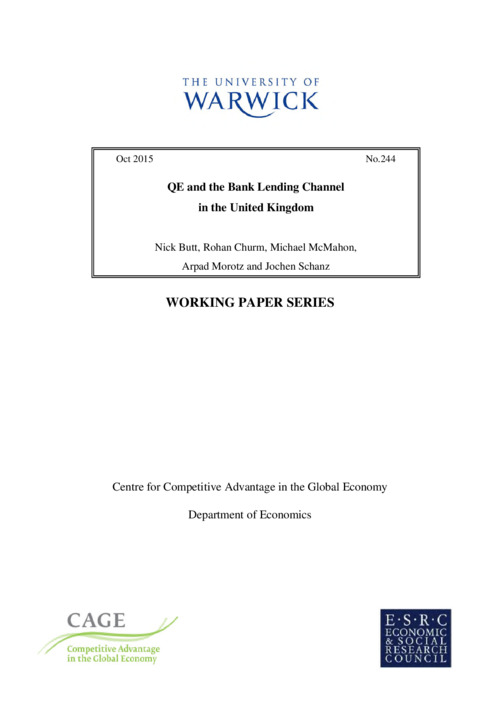