Existing measures of historical real wages suffer from the fundamental problem that workers’ annual incomes are estimated on the basis of day wages without knowing the length of the working year. We circumvent this problem by presenting a novel wage series of male workers employed on annual contracts. We use evidence of labour market arbitrage to argue that existing real wage estimates are badly off target, because they overestimate the medieval working year but underestimate the industrial one. Our data suggests that modern economic growth began two centuries earlier than hitherto thought and was driven by an ‘Industrious Revolution’. 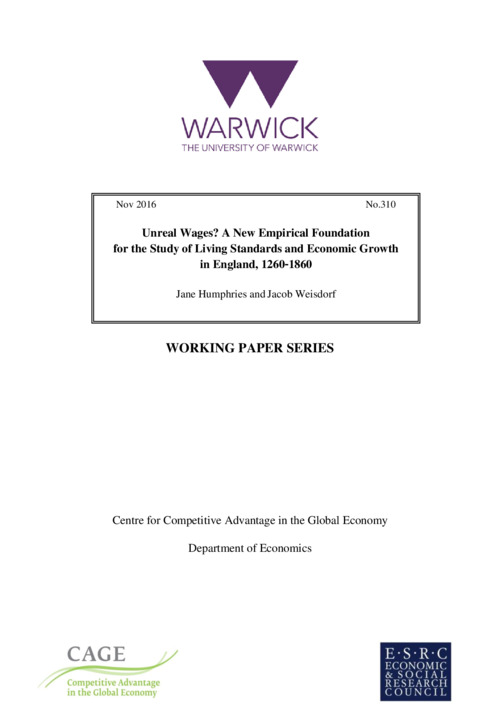