A new estimate of the Soviet population loss in World War II, by Russian historian Igor’ Ivlev, is 42 million. This is 15-16 million more than the previous estimate of 26-27 million. The latter, by Russian demographers Andreev, Darskii, and Khar’kova, has been widely accepted for a quarter of a century. I examine the new estimate, show its place in the Soviet demographic accounts side by side with the old one, contrast their sources and methods, and find that the new figure is without foundation. The previous figure stands. On existing knowledge, the Soviet war dead were 26-27 million. 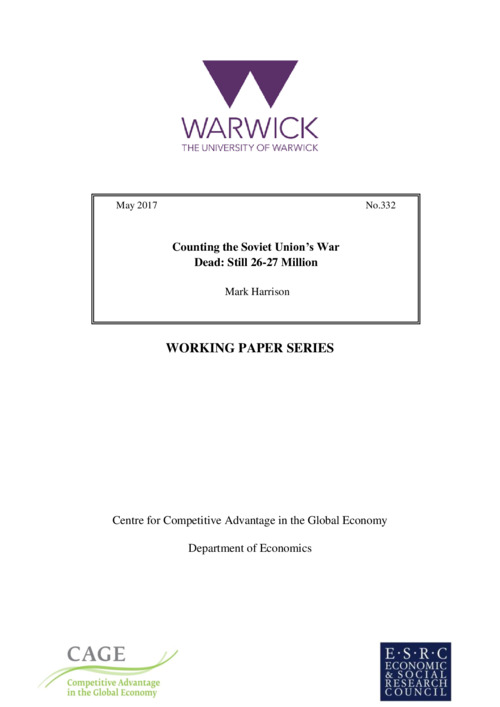