Do Humans Suffer a Psychological Low in Midlife? Two Approaches (With and Without Controls) in Seven Data Sets

Using seven recent data sets, covering 51 countries and 1.3 million randomly sampled people, the paper examines the pattern of psychological well-being from approximately age 20 to age 90. Two conceptual approaches to this issue are possible. Despite what has been argued in the literature, neither is the ‘correct’ one, because they measure different things. One studies raw numbers on well-being and age. This is the descriptive approach. The second studies the patterns in regression equations for well-being (that is, adjusting for other influences). This is the ceteris-paribus analytical approach. The paper applies each to large cross-sections and compares the patterns of life-satisfaction and happiness. Using the first method, there is evidence of a midlife low in five of the seven data sets. Using the second method, all seven data sets produce evidence consistent with a midlife low. The scientific explanation for the approximate U-shape currently remains unknown. 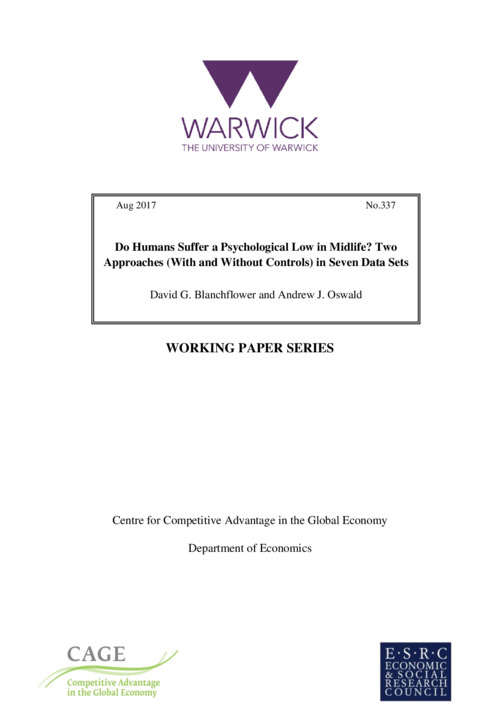