Estimates of capital formation and the stock of capital in Britain are provided for the period 1270-1870 and used to analyse economic growth. (1) We chart the growing importance of fixed relative to working capital, the declining importance of land and the growth of net overseas assets. (2) Kaldor’s stylised facts of a rising capital-labour ratio and a stationary capital-output ratio are broadly confirmed, but only if attention is confined to fixed capital. (3) Extensive form growth accounts suggest that output growth was driven largely by factor input growth, while intensive form growth accounts suggest that TFP growth was more important than capital deepening in explaining the growth of output per head. (4) The investment share of GDP increased substantially during the transition from pre-industrial to modern economic growth. 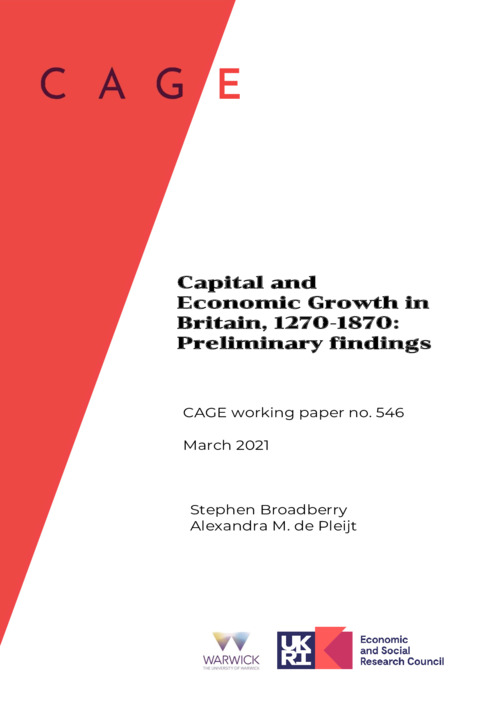