We study the role of professional networks in facilitating the escape of persecuted academics from Nazi Germany. From 1933, the Nazi regime started to dismiss academics of Jewish origin from their positions. The timing of dismissals created individual-level exogenous variation in the timing of emigration from Nazi Germany, allowing us to estimate the causal effect of networks for emigration decisions. Academics with ties to more colleagues who had emigrated in 1933 or 1934 (early émigrés) were more likely to emigrate. The early émigrés functioned as “bridging nodes” that helped other academics cross over to their destination. Furthermore, we provide some of the first empirical evidence of decay in social ties over time. The strength of ties also decays across space, even within cities. Finally, for high-skilled migrants, professional networks are more important than community networks. 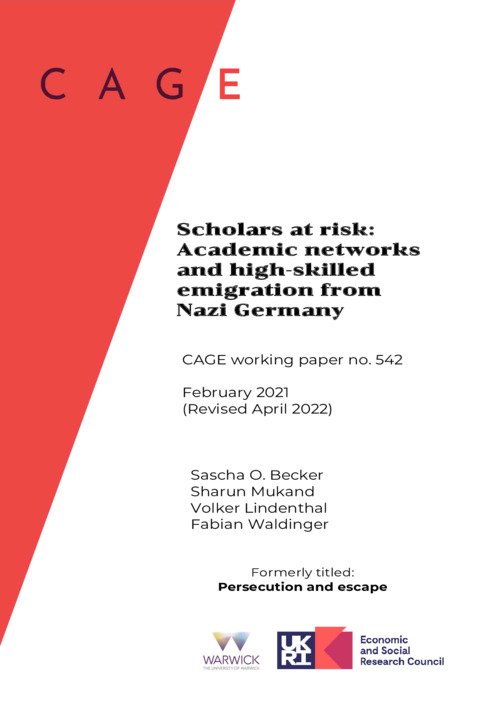