The value of political connections: Evidence from China's Anti-Corruption Campaign

We study the value of the political connections of directors on Chinese boards. We build a new dataset that measures connections of directors to members of the Politburo via past school ties, and find that private firms with politically connected directors in the boardroom get on average about 20% higher subsidies over sales (8.52 million yuan). Connected state-owned enterprises access debt at 10% cheaper cost, which translates into 27.8 million yuan lower interest payment on average. We find that the value of the political connections persisted after the Anti-Corruption Campaign of 2012. It became weaker for the cost of debt in state-owned enterprises, but stronger for subsidies to private firms. We argue that the value of connections in the private sector increased after the Anti-Corruption Campaign because they are a less risky alternative to corruption. We also show that connected firms do not perform better. 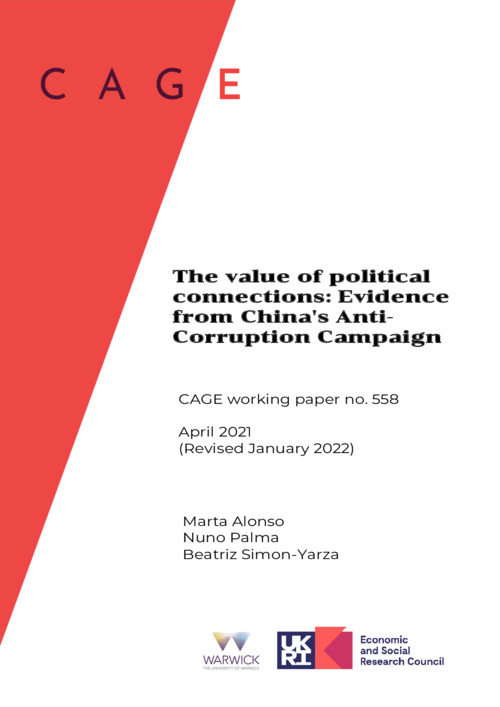