Regional Variation of GDP per head within China, 1080-1850 : implications for the great divergence debate

We examine regional variation in Chinese GDP per head for five benchmark years from the Song dynasty to the Qing. For the Ming and Qing dynasties, we provide a breakdown of regional GDP per head across seven macro regions, establishing that East Central China was the richest macro region. In addition, we provide data on the Yangzi Delta, the core of East Central China, widely seen as the richest part of China since 1400. Yangzi Delta GDP per head was 64 to 67 per cent higher than in China as a whole for three of the four Ming and Qing benchmarks, and 52 per cent higher during the late Ming. For the Northern Song dynasty, although it is not possible to derive a full regional breakdown, we provide data for Kaifeng Fu, the region containing the capital city. GDP per head in Kaifeng Fu was more than twice the level of China as a whole. Combined with aggregate data for GDP per head, these estimates suggest that China was the leading economy in the world during the Song dynasty and that the Great Divergence began around 1700 as the leading region of China fell decisively behind the leading region of Europe. 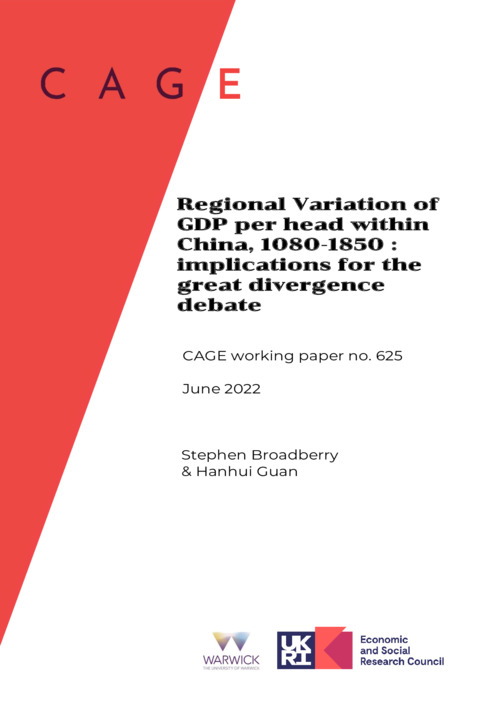