Professor Andrew Williams has been shortlisted for a prestigious ‘Crime Writing Daggers’ award in the non-fiction category for his book ‘A Passing Fury’. The book goes up against five other excellent pieces of writing.

mposed across the chaos and ruins of the Third Reich, interwoven with the author’s own travels, investigations and reflections.”

After the Second World War, the Nuremberg Tribunal became a symbol of justice in the face of tyranny, aggression and atrocity. But it was only a fragment of retribution as, with their Allies, the British embarked on the largest programme of war crimes investigations and trials in history.

‘A Passing Fury’ exposes the deeper truth of this endeavour, moving from the scripted trial of Goering, Hess and von Ribbentrop to the makeshift courtrooms where the SS officers, guards and executioners were prosecuted. It tells the story of the investigators, lawyers and perpetrators and asks the question: was justice done?

Andrew tells us “I am really pleased that the book has been recognised in this way and very much look forward to the ceremony later this week” when he will get to meet the other authors in his category.

This is not the first time Andrew has been recognised for his exceptional writing. Back in 2013, he won the George Orwell Prize for Political

Writing for his book ‘A Very British Killing: The Death of Baha Mousa’, which examined the inside story of the brutal crimes against Baha and their aftermath.

All ten of the prestigious CWA Daggers will be awarded at an awards gala on the 26th October in London - a glittering occasion attended by authors, publishers and agents. The Dinner is open to any crime-writing fan and non-members of the CWA. 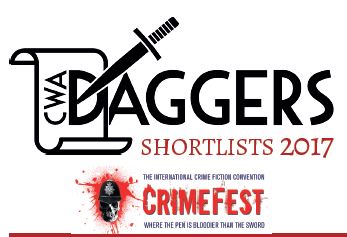