Study of the operation of criminal jury in Scotland

A substantial grant has been awarded by the Scottish Government to fund ground-breaking research into the operation of the jury within the Scottish Criminal Justice System.

The team; which will include our own Vanessa Munro, Professor of Law at the University of Warwick and Professors James Chalmers and Fiona Leverick from the University of Glasgow, will work alongside the independent research organisation Ipsos Mori, to explore three distinctive features of the unique Scottish Law System.

This study will provide vital insights into the operation of distinctive aspects of the Scottish Jury. It will involve several hundred

members of the public observing trial reconstructions and participating as ‘mock jurors.’ The team will investigate the unique set-up of Scotland’s Criminal Justice System, focusing on the existence of the ‘not proven’ verdict in addition to ‘guilty’ and ‘not guilty’, investigating the involvement of 15 (c.f. 12 in England) jurors in a deliberating panel, and the impact of allowing a simple majority (c.f. unanimous or near-unanimous) verdict. This comes after the ‘not proven’ verdict available to Scottish jurors has faced increasing scrutiny and calls for reform. 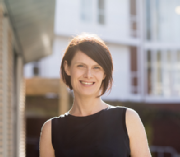 As a former graduate of the University of Glasgow, Professor Munro is excited to utilise her expertise gained in researching jury deliberations in England and Wales to study, and inform the development of, criminal procedures in her home country. “The Scottish Jury has a number of unique characteristics” she says, “some which have never been researched or assessed systematically. I am sure that the study is going to produce some really interesting findings.”

The field work will start in January 2018, with the project scheduled to run until the summer of 2019. Professor Munro will be involved in pioneering research into the operation of the criminal jury in Scotland. We wish her all the best in her research.

Further information regarding this exciting research project and the use of the ‘not proven verdict’ can be found in a recent BBC News article.